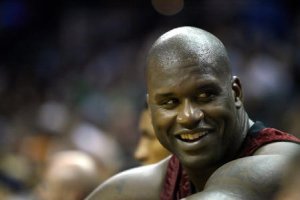 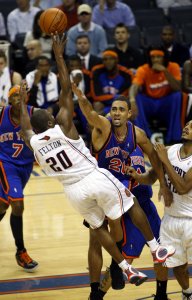 NBA // 2 years ago
Thunder look to attack basket vs. slumping Suns
Even without Russell Westbrook on the floor for a big chunk of the early part of the season, the Oklahoma City Thunder have found ways to be successful.

NBA // 2 years ago
Russell Westbrook still out as Thunder face Mavericks
The Oklahoma City Thunder have managed quite nicely, thank you, without superstar Russell Westbrook.

NBA // 2 years ago
Russell Westbrook involved in Thunder, Blazers melee
Technical fouls were handed out like Halloween candy after a scuffle during the Portland Trail Blazers and Oklahoma City Thunder game.

NBA // 3 years ago
Oklahoma City Thunder seek 11th straight home win over Los Angeles Lakers
Oklahoma City has been a winner for awhile, making the playoffs in seven of the last eight seasons.

Raymond Bernard Felton Jr. (born June 26, 1984 in Marion, South Carolina) is an American professional basketball player who currently plays for the Denver Nuggets of the National Basketball Association (NBA). He previously played for the Charlotte Bobcats and the New York Knicks.

Felton began his basketball career at Latta High School in Latta, South Carolina. There he led his high school to two state championships and a career record of 104–9. In the process, he set state scoring records with 2,992 points and 117 3 pointers.

Felton won the South Carolina Mr. Basketball award as both a junior and senior, and was named Naismith Prep Player of the Year in 2002. He was MVP of the 2002 Roundball Classic at the United Center in Chicago, and was named to the 2002 McDonald's All-American Team. Felton played in the McDonald's All-American game with two future Tar Heel teammates, Sean May and Rashad McCants.

FULL ARTICLE AT WIKIPEDIA.ORG
This article is licensed under the GNU Free Documentation License.
It uses material from the Wikipedia article "Raymond Felton."
Back to Article
/