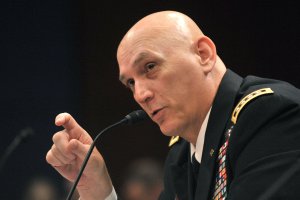 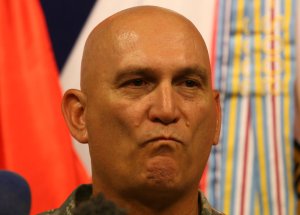 Top News // 5 years ago
The Almanac
On Sept. 16, 1982 Lebanese Christian militiamen entered two Palestinian refugee camps in West Beirut, Lebanon, and began what became known as the Sabra and Shatila massacre. Hundreds of people were killed in the three-day rampage.

Top News // 6 years ago
The Almanac
In 2013, a gunman killed 12 people and wounded four at the Washington Navy Yard before he was shot to death by a U.S. Park Police officer.

World News // 7 years ago
Pentagon: 22 possibly exposed to anthrax at U.S. airbase in South Korea
Up to 22 personnel were possibly exposed to anthrax that was inadvertently sent to a South Korean airbase, as well as nine labs in the United States.
Commentary: Arnaud de Borchgrave // 7 years ago
Recipe for defeat
Is a tidal wave of U.S. neo-isolationism in the long-range forecast?
World News // 8 years ago
Pentagon identifies U.S. Army general killed by Afghan gunman in Kabul
The Pentagon identified the two-star U.S. Army general killed Tuesday by an Afghan soldier in Kabul as Maj. Gen. Harold J. Greene.
U.S. News // 8 years ago
Defense budget would shrink U.S. Army, cut benefits
The 2015 Pentagon budget will cut benefits for active-duty personnel and reduce the Army to pre-World War II levels, U.S. Defense Secretary Chuck Hagel said.
World News // 8 years ago
U.S. and China armies to strengthen ties in coming months
The U.S. Army will be increasing its formal cooperation with the huge Chinese army in the coming months, a senior U.S. general said Saturday.
U.S. News // 8 years ago
Odierno comparisons of Guard, full-time soldiers 'disrespectful'
A top U.S. general's comments that National Guard troops aren't trained as well as regular troops are "simply not true," says the head of a Guard organization.

We have ups and downs here. As I step back, having been here since the dark days of 2006 and '07 to where we are today, what I see is a broad change in the security environment here in Iraq

For the last 20 months, we've been slowly and deliberately turning over more and more responsibility to (Iraqi forces) and they have stepped up

Raymond T. Odierno (pronounced /oʊdiˈɛərnoʊ/; born September 8, 1954) is a United States Army general and the 38th and current Chief of Staff of the Army. Odierno most recently commanded United States Joint Forces Command from October 2010 until its disestablishment in August 2011. He served as Commanding General, United States Forces – Iraq and its predecessor, Multi-National Force – Iraq, from September 2008 through September 2010. Prior to that, he served as Commanding General, III Corps, from May 2006 to May 2008. General Odierno is the twelfth American military officer to command at the Division, Corps, and Army level during the same conflict and only the second to have this honor since the Vietnam War. He assumed his current assignment on September 7, 2011.

Prior to commanding III Corps, he served as Assistant to the Chairman of the Joint Chiefs of Staff in Washington, where he was the primary military advisor to Secretary of State Condoleezza Rice from 3 November 2004 to 1 May 2006.

Odierno grew up in Rockaway, New Jersey, where he attended Morris Hills High School, followed by the United States Military Academy at West Point. He graduated in June 1976 with a Bachelor of Science degree. He later received a Master of Science degree in nuclear effects engineering from the North Carolina State University and a Master of Arts degree national security and strategy from the Naval War College. In December 2010 he received an honorary Doctor of Humane Letters degree from North Carolina State University. General Odierno is also a graduate of the U.S. Army War College.

FULL ARTICLE AT WIKIPEDIA.ORG
This article is licensed under the GNU Free Documentation License.
It uses material from the Wikipedia article "Ray Odierno."