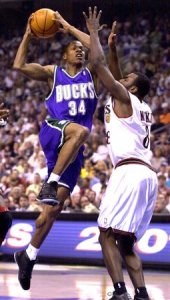 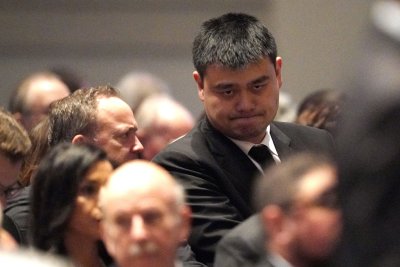 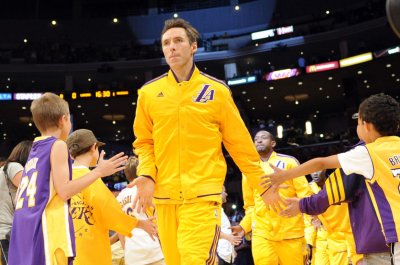 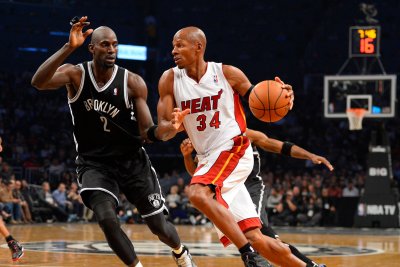 NBA // 2 years ago
Ray Allen: Former NBA star claims he was 'catfished'
Former two-time NBA champion and 10-time All-Star Ray Allen claims he was "catfished" by a male stranger online who he says communicated with him while pretending to be several different women.

NBA // 3 years ago
Future top NBA pick Markelle Fultz made fun of LeBron James' hairline
Markelle Fultz is expected to be the No. 1 pick in the NBA Draft, but he might have to answer for a video he posted in high school. 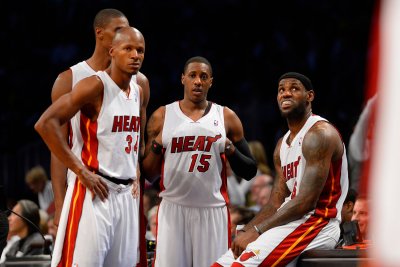 Sports News // 3 years ago
Ray Allen retires, writes he is 'at peace with himself'
Ray Allen, a 10-time All-Star and two-time NBA champion, officially announced his retirement after 18 seasons on Tuesday morning.

Walter Ray Allen (born July 20, 1975) is an American professional basketball player who is currently playing for the Boston Celtics in the National Basketball Association. He has played professionally for the Milwaukee Bucks, Seattle SuperSonics, and the Boston Celtics; and collegiately for the University of Connecticut Huskies. One of the most accurate 3-point and free throw shooters in NBA history, he is a ten-time NBA All-Star and won an Olympic gold medal as a member of the 2000 United States Men's Basketball Team. Allen has acted in two films, including a co-starring role in the 1998 Spike Lee film He Got Game. On 02011-02-10 February 10, 2011, Allen became the NBA's all-time leader in regular season three-point field goals made, surpassing Reggie Miller's mark of 2,560. On 02011-03-11 March 11, 2011, Allen surpassed Miller's career total of 6,486 three-point field goal attempts.

The third of five children, Allen was born at Castle Air Force Base near Merced, California, the son of Flora and Walter Allen. A military child, he spent time growing up in Saxmundham in England, Altus in Oklahoma, Edwards Air Force Base in California, and Germany. He attended high school in Dalzell, South Carolina, where he led Hillcrest High School to a basketball state championship.

Allen attended the University of Connecticut from 1993 to 1996, where he earned All-American status and was named USA Basketball's Male Athlete of the Year in 1995. In 1995–96, his final college season, Allen was a first-team All-American and won the Big East Player of the Year award. Allen finished his UConn career third on the Huskies' career scoring list with 1,922 points and set a single-season school record by connecting on 115 three-pointers in 1995–96.

FULL ARTICLE AT WIKIPEDIA.ORG
This article is licensed under the GNU Free Documentation License.
It uses material from the Wikipedia article "Ray Allen."
Back to Article
/