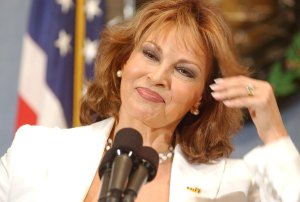 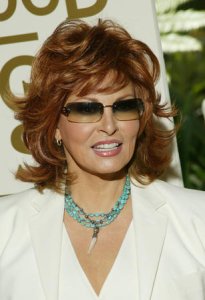 Top News // 3 years ago
The Almanac
On Sept. 5, 1975, Lynette "Squeaky" Fromme, a follower of mass murderer Charles Manson, failed in an attempt to shoot U.S. President Gerald Ford. Fromme was paroled in 2009 after 34 years in prison.

Welch was born Jo Raquel Tejada in Chicago, Illinois, the older sister to brother James and sister Gayle. She is the daughter of Josephine Sarah (née Hall) with American ancestry dating back to John Quincy Adams and the Mayflower, and Armando Carlos Tejada Urquizo, a Bolivian of Spanish descent. Her father (1911–1976), an aeronautical engineer, emigrated from La Paz, Bolivia at age 17; her mother (1909–2000) was American, the daughter of architect Emery Stanford Hall and wife Clara Louise Adams. Raquel was raised in the Presbyterian religion and continues to go to church every Sunday. As a little girl, she wanted to be a performer. Her first love and ambition was ballet and took it since the age of seven until she was seventeen. She gave it up after her instructor told her that she didn't have the proper body. Raquel changed her family name to that of her first husband, James Welch, in 1959. While a student at La Jolla High School in 1958, she won the Fairest of the Fair beauty pageant at the San Diego County Fair.

In 1959, Welch played the title role in The Ramona Pageant, a yearly outdoor play at Hemet, California, which is based on the novel Ramona by Helen Hunt Jackson and Bob Biloe.

FULL ARTICLE AT WIKIPEDIA.ORG
This article is licensed under the GNU Free Documentation License.
It uses material from the Wikipedia article "Raquel Welch."
Back to Article
/