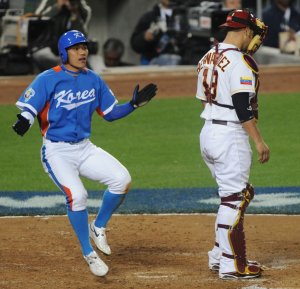 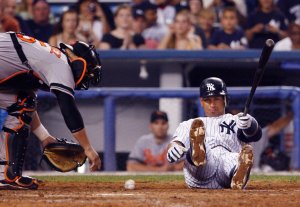 I knew it was going to be a bang-bang play, so I had to stay in there

Hernández is a career .263 hitter with 144 home runs, 651 RBI, and 455 runs scored in 1,132 games throughout his 10 seasons with the Oakland Athletics, San Diego Padres, and Baltimore Orioles. Hernández played in Venezuela for los Bravos de Margarita.

Hernández made his debut with Oakland in June 1999 as a backup catcher for A. J. Hinch. His steady progress enabled the Athletics to trade Hinch to the Kansas City Royals a year later.

FULL ARTICLE AT WIKIPEDIA.ORG
This article is licensed under the GNU Free Documentation License.
It uses material from the Wikipedia article "Ramon Hernandez."