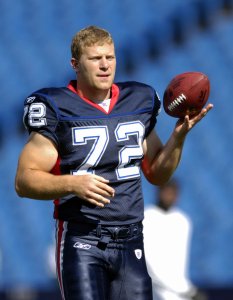 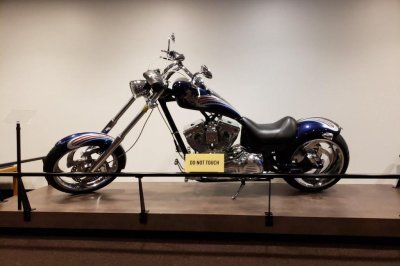 NFL // 3 years ago
Fantasy Football: LeSean McCoy starting, Percy Harvin, Robert Woods out for Buffalo Bills
Skill position players tend to swing by like a revolving door this season for the Buffalo Bills. 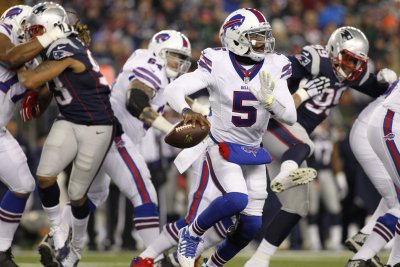 NFL // 3 years ago
Bills' owner: NFL asking about new stadium plans
Bills owner Terry Pegula was asked about plans to build a new stadium in Buffalo but did not have an immediate answer for the NFL.

NFL // 3 years ago
Roger Goodell lobbies for new Buffalo Bills stadium
NFL commissioner Roger Goodell was able to get a two-for-one deal in Buffalo on Monday.

I was against it, but now I think replay is OK

Playing up north in an outdoor stadium, my feeling is it doesn't offer us championship conditions

Ralph C. Wilson, Jr. (October 17, 1918, in Columbus, Ohio) is the founder, owner and president of NFL's Buffalo Bills. He was one of the founding owners of the American Football League, the league that the NFL merged with in 1970. He is the oldest owner in the National Football League, at age 92. He was inducted into the Pro Football Hall of Fame on August 8, 2009.

A minority owner of the Detroit Lions, Wilson got wind of Lamar Hunt's plans for a new league, the American Football League, to challenge the NFL. He tried to put together a team in Miami, but was turned down. His next choice was Buffalo. In September 1959, Wilson sent Hunt a telegram with the words, "Count me in with Buffalo." He named his new team the Bills, after a previous team that had played in the All-America Football Conference from 1946 to 1949. On October 28, 1959 the Buffalo Bills officially became the seventh AFL team. Wilson made Professional Football a resounding success in a "small market," signing such stars as Cookie Gilchrist, Jack Kemp, and Tom Sestak and Hall of Famer Billy Shaw.

FULL ARTICLE AT WIKIPEDIA.ORG
This article is licensed under the GNU Free Documentation License.
It uses material from the Wikipedia article "Ralph Wilson."
Back to Article
/