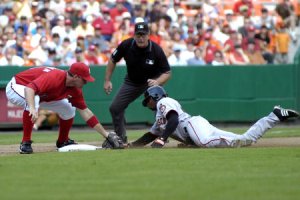 MLB // 1 year ago
Rajai Davis takes $243 Uber to stadium, hits homer in first Mets at-bat
Rajai Davis took a two-hour Uber ride to the stadium before hitting a home run in his first at-bat for the New York Mets in a 6-1 win against the Washington Nationals.

MLB // 2 years ago
Indians host Rays while awaiting Donaldson's debut
CLEVELAND -- Josh Donaldson is the newest member of the Cleveland Indians and has joined his team but it does not mean the third baseman is ready to play.

MLB // 2 years ago
Indians look to take series from Red Sox
BOSTON -- Back on May 31 and June 1, the Boston Red Sox dropped the first two games of a four-game series in Houston, a meeting of two division leaders at that time. 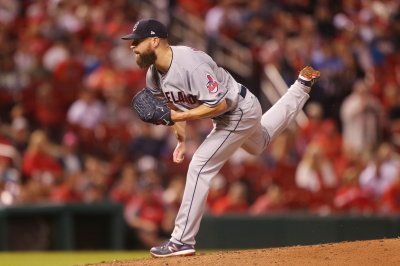 MLB // 2 years ago
Kluber, Indians take aim at Reds
The Cleveland Indians own a huge lead in the American League Central, and all they're doing now is waiting until the playoffs arrive. Once they get there, they know they've got the roster depth and the talent to go far.

MLB // 2 years ago
Indians battle injuries, Tigers in rubber match
DETROIT -- Ohio? No, the Cleveland Indians outfield has been in the state of flux all season. 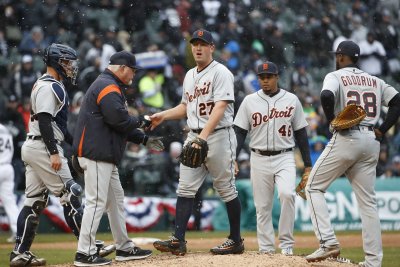 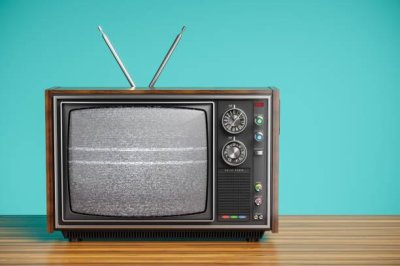 Davis began his career as a switch-hitter, but became a full-time right-handed hitter prior to the 2004 season. He also throws right-handed.

FULL ARTICLE AT WIKIPEDIA.ORG
This article is licensed under the GNU Free Documentation License.
It uses material from the Wikipedia article "Rajai Davis."
Back to Article
/