World News // 5 years ago
China opposed to THAAD deployment despite North Korea launch
The U.N. Security Council is considering sanctions against North Korea, but China and Russia are treading carefully on embargoes that could hurt the economy. 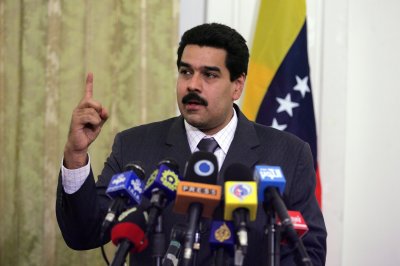 Energy News // 5 years ago
Venezuela questions U.S. ties after oil-spying claims
Venezuela's president ordered a review of ties with Washington after uncovering allegations the United States was spying on employees at the state oil company.

We have to adjust to a situation that does not allow for waste, spending that is not a priority

It is the first association between the two countries (for petroleum)

The dollar has devalued and it is distorting the oil market because there is a financial crisis knocking on the U.S. door

Rafael Emilio Ramírez Peguero (born February 18, 1958 in San Pedro de Macoris, Dominican Republic), is a former professional baseball player who played in the major leagues primarily as a shortstop from 1980-1992. Ramirez made his major league debut on August 4, 1980 for the Atlanta Braves and played his final game on October 3, 1992 as a member of the Houston Astros.

One of a handful of ML players from the town of San Pedro de Macoris in the Dominican Republic, Ramirez was the Braves' speedy, smooth-fielding shortstop from 1981 to 1986, leading NL shortstops in double plays four straight years while hitting quite well for his position. He made the NL All-Star team in 1984 with a .304 average at mid-season, but in 1987 torn knee ligaments limited him to only 56 games and he was traded to Houston after the season. With the Astros in 1988, Ramirez posted his best batting average since 1983 (.276) and drove in a career-high 59 runs. After that, his production slipped, with his batting average never again rising above .261, and plummeting as low as .236 in 1991. He retired following the 1992 season.

FULL ARTICLE AT WIKIPEDIA.ORG
This article is licensed under the GNU Free Documentation License.
It uses material from the Wikipedia article "Rafael Ramirez."
Back to Article
/