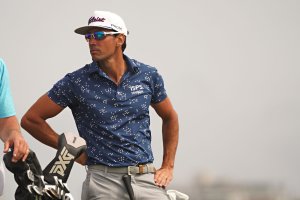 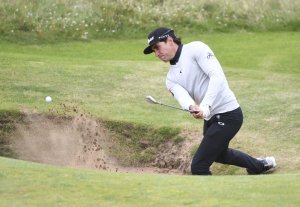 Golf // 3 years ago
Tiger grouped with Leishman, Fleetwood at 2018 Masters
Tiger Woods, Marc Leishman and Tommy Fleetwood will tee off at 10:42 a.m. Thursday at the 2018 Masters Tournament in Augusta, Ga.

Golf // 3 years ago
PGA Open: Jordan Spieth's 65 stretches lead to 3 shots
Jordan Spieth was unflappable in firing a 5-under-par 65 to extend his lead to three strokes over fellow American Matt Kuchar after three rounds of the 146th Open Championship on Saturday at Royal Birkdale in Southport, England. 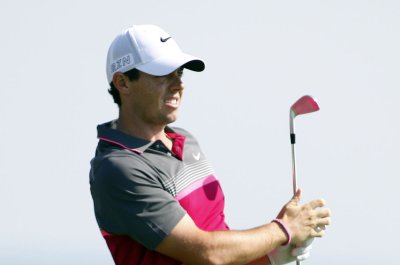 Rafael Cabrera-Bello (born 25 May 1984) is a Spanish professional golfer.

Cabrera-Bello was born in Las Palmas, Gran Canaria. He first played golf aged six and went on to enjoy a successful amateur career, winning the Spanish National Championship at every age group level from under-7 through under-18. In 2002, as a 17-year-old amateur, he finished in a tie for fourth at the Open de Espana, a European Tour event. He turned professional at the age of 20 in 2005, having narrowly missed out obtaining a European Tour card at final qualifying school. His performance did ensure a place for the second tier Challenge Tour.

In a successful first season Cabrera-Bello recorded his maiden professional victory, at the MAN NÖ Open in Austria. He finished the season 13th in the Tour rankings, earning him a place on the following year's European Tour. He struggled during his rookie season in 2007, failing to finish better than tied for 18th in any tournament as he finished outside the top 200 on the Order of Merit. He failed to regain his playing status at the end of season qualifying school and returned to the Challenge Tour for 2008. His second professional victory came in the 2008 Credit Suisse Challenge, and he ended the year by once again earning graduation to the main tour, finishing 14th in the rankings.

FULL ARTICLE AT WIKIPEDIA.ORG
This article is licensed under the GNU Free Documentation License.
It uses material from the Wikipedia article "Rafael Cabrera-Bello."
Back to Article
/