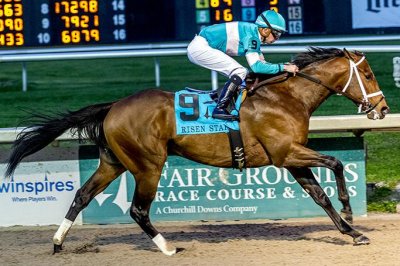 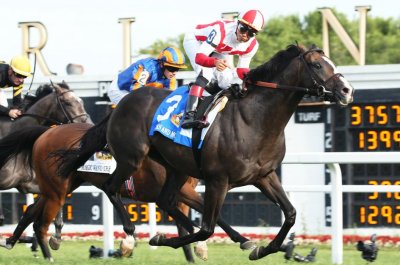 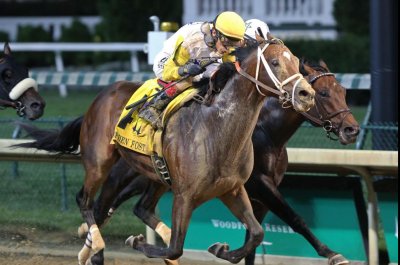 Sports News // 8 months ago
King for a Day upsets Maximum Security
Weenedin action failed to answer the question of who's the best 3-year-old in American racing as Maximum Security couldn't hold the lead in the Pegasus Stakes.

Sports News // 9 months ago
Kentucky Derby weekend had lots of top-quality action
As usual, the Kentucky Derby took focus from some top-shelf action in other racing divisions, including a spectacular week on the turf for trainer Chad Brown 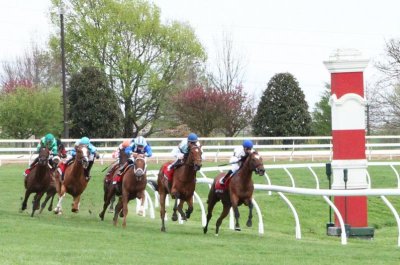 She didn't show me any speed today because she broke really, really slow

This mare can do anything she wants, especially at this distance

Rafael Bejarano (born June 23, 1982 in Arequipa, Peru) is a champion jockey in American Thoroughbred horse racing. He trained at the Peruvian national riding school before embarking on his professional career in 1999. Having met with success, including winning the apprentice riding title at Hipódromo de Monterrico in Lima, he emigrated to the United States in the spring of 2002 and settled in Louisville, Kentucky. He got his first win on July 10 that year at River Downs in Cincinnati, Ohio and went on to major race wins in Kentucky and on the New York Racing Association circuit.

In 2004, Rafael Bejarano got his big break when he was the United States Champion Jockey by wins with 455. As part of his 2004 success, on March 12 at Turfway Park in Florence, Kentucky he won seven races on a single race card and ended the meet with a track-record 196 wins. During his breakout year his earnings were $12,212,308 out of 1,922 mounts finishing 8th in the national earnings list. In the American Classic Races, he finished eighth aboard Andromeda's Hero in the 2005 Kentucky Derby then rode him to a second place finish in the Belmont Stakes and in 2005 he finished the year with earnings of $$14,436,781 with 264 winners out of 1,346 mounts as he was 4th in the national earnings list. In the 2006 Derby he finished ninth on Point Determined. He first rode in the Preakness Stakes in 2004 and got his best result in 2005 with a fourth place finish on Sun King.

FULL ARTICLE AT WIKIPEDIA.ORG
This article is licensed under the GNU Free Documentation License.
It uses material from the Wikipedia article "Rafael Bejarano."
Back to Article
/