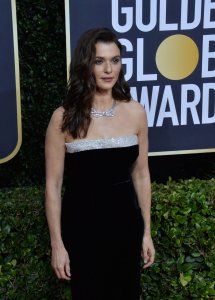 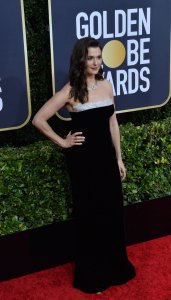 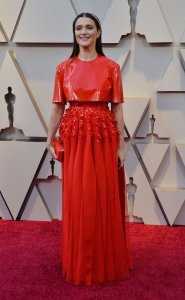 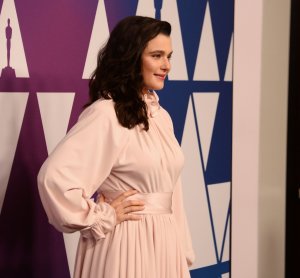 Entertainment News // 4 months ago
What to stream this weekend: 'Black Widow,' 'Virgin River' Season 3
"Black Widow," "Virgin River" Season 3, "The White Lotus," the 2021 ESPYS, "Leverage: Redemption," "Atypical" Season 4 and "The Patrick Star Show" are some of the entertainment options streaming this weekend.

Movies // 1 year ago
Florence Pugh: 'Black Widow' is 'rough' and 'emotional'
Florence Pugh, who will star with Scarlett Johansson in "Black Widow," discussed the Marvel movie in a Vogue interview.

It's such hard times right now, people need to escape

I think it's wonderful that this film is so different

Rachel Hannah Weisz ( /ˈvaɪs/ "vice"; born 7 March 1970) is an English film and theatre actress and fashion model. She started her acting career at Trinity Hall, Cambridge University, where she co-founded the theatrical group Cambridge Talking Tongues. The group was awarded the Student Drama Award for the improvised piece Slight Possession during the Edinburgh Festival Fringe by The Guardian.

Weisz started working in television, appearing in Inspector Morse, the British miniseries The Scarlet and the Black, and the television movie Advocates II. She made her film debut in the 1994 film Death Machine, but her breakthrough role came in the 1996 movie Chain Reaction, leading to a high-profile role as Evelyn Carnahan-O'Connell in the films The Mummy, in 1999, and The Mummy Returns in 2001. Other notable films featuring Weisz are Enemy at the Gates, About a Boy, Constantine, The Fountain and The Constant Gardener, for which she received an Academy Award, a Golden Globe and a Screen Actors Guild award for her supporting role as Tessa Quayle.

Weisz also works in theatre. Her stage breakthrough was the 1994 revival of Noel Coward's play Design for Living, which earned her the 'London Critics' Circle Award for the most promising newcomer. Weisz's performances also include the 1999 Donmar Warehouse production of Tennessee Williams' Suddenly Last Summer, and their 2009 revival of A Streetcar Named Desire. Her portrayal of Blanche DuBois in the latter play earned her the Critics' Circle Theatre Award for Best Actress of 2009.

FULL ARTICLE AT WIKIPEDIA.ORG
This article is licensed under the GNU Free Documentation License.
It uses material from the Wikipedia article "Rachel Weisz."