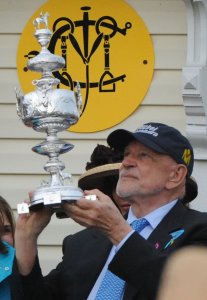 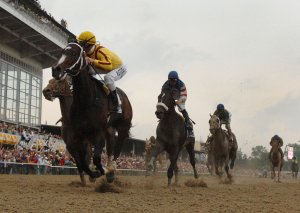 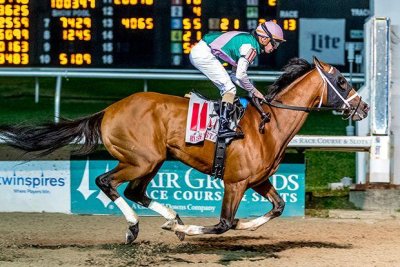 Sports News // 3 weeks ago
Louisiana Derby tops weekend horse racing cards
Saturday's Louisiana Derby kicks off the final round of prep races for the May 1 Kentucky Derby and also tops a very nice program of racing at Fair Grounds in New Orleans.

Sports News // 2 months ago
Kentucky Derby picture heats up with weekend races in Louisiana, Florida
Three-year-olds eyeing the Kentucky Derby and Kentucky Oaks get a chance to make an impression this weekend at Fair Grounds in New Orleans and Tampa Bay Downs in Florida. 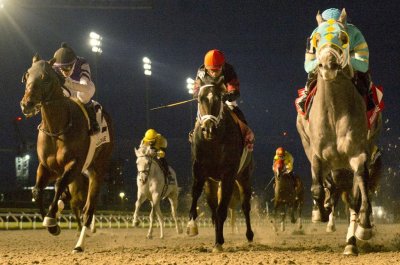 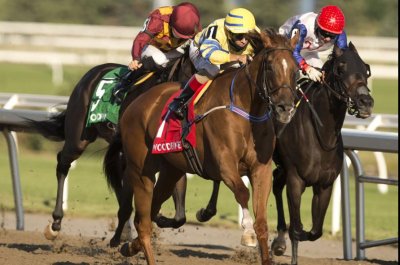 Sports News // 4 months ago
Triple crown contenders head for a showdown
Top-level horse racing rolls on this weekend from Bahrain through North America to Japan and Hong Kong; all the action, previewed right here.

It was all clean and fair. She's so handy that when I eased up on the pedal she backed up for me, came around and it was over

I had more than I thought I had, to tell you the truth

She's never been pressured and if she stays like she is, I don't know if she ever will be pressured. She's unbelievable

You can't sew it up in April, but we feel we certainly have the leader and the horse ready to be the champion

Rachel Alexandra (foaled January 29, 2006 in Kentucky) is a retired American Thoroughbred filly racehorse and the 2009 Horse of the Year. She is renowned as the May 16, 2009 Preakness Stakes winner, the second jewel of the Triple Crown, the first filly to win the race in 85 years (since Nellie Morse, 1924). She was the impressive winner of races in six states (KY, LA, AR, MD, NY, NJ), on 8 different tracks, against fillies and Grade 1 colts and older horses, achieving a long string of consecutive wins including numerous Grade 1 stakes. Often considered alongside Ruffian as the greatest 3-year old filly in thoroughbred racing history, Rachel Alexandra neared or broke multiple stakes records, track records, and winning margin records throughout her career. On September 28, 2010, owner Jess Jackson announced Rachel Alexandra would be retired. She was bred to 2007/2008 Horse of the Year, Curlin and is in foal with a colt anticipated for 2012.

FULL ARTICLE AT WIKIPEDIA.ORG
This article is licensed under the GNU Free Documentation License.
It uses material from the Wikipedia article "Rachel Alexandra."
Back to Article
/