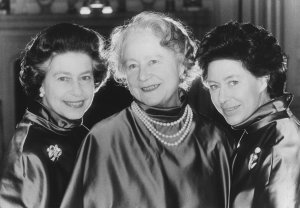 Movies // 1 month ago
Vanessa Kirby joins Hugh Jackman in 'The Son'
"The Crown" actress Vanessa Kirby will star with Hugh Jackman and Laura Dern in "The Son," director Florian Zeller's followup to "The Father."

World News // 3 months ago
Prince Philip laid to rest in St. George's Chapel
Millions of people around the globe watched Saturday as Prince Philip, the longest-serving consort of a British monarch, was laid to rest at Windsor Castle in a small funeral limited by COVID-19 restrictions.

Entertainment News // 8 months ago
What to stream this weekend: 'The Crown,' 'Jingle Jangle'
"The Crown" continues to follow the royal family with the launch of Season 4, Netflix gets into the holiday spirit with "Jingle Jangle" and E! presents the 2020 People's Choice Awards this weekend.

I'll bet this is Snowdon, as it were, cocking a snook at Linley

There's a demand for this service and I don't see why we should be denying some patients access (to the medications) if they can afford it. The default position here is that if not everybody can get it, then nobody should get it

Margaret spent much of her childhood years in the company of her older sister and parents. Her life changed dramatically in 1936, when her paternal uncle, King Edward VIII, abdicated to marry the divorced American Wallis Simpson. Margaret's father became King in Edward's place, and her older sister became heiress presumptive with Margaret second in line to the throne. During World War II, the two sisters stayed at Windsor Castle, despite government pressure to evacuate to Canada. During the war years, Margaret was not expected to perform any public or official duties, and instead continued her education. After the war, she fell in love with a divorced older man, Group Captain Peter Townsend, her father's equerry. Her father died at around the same time, and her sister became Queen. Many in the government felt that Townsend was an unsuitable husband for the Queen's sister, and the Church of England refused to countenance the marriage. Under pressure, Margaret chose to abandon her plans, and instead accepted the proposal of the photographer Antony Armstrong-Jones, who was created Earl of Snowdon by Elizabeth II. The marriage, despite an auspicious start, soon became unhappy; the couple divorced in 1978.

Margaret was often viewed as a controversial member of the Royal Family. Her divorce earned her negative publicity, and she was romantically linked with several men. Her health gradually deteriorated in the final two decades of her life; a heavy smoker all her adult life, she had a lung operation in 1985, a bout of pneumonia in 1993, and at least three strokes between 1998 and 2001. Margaret died at King Edward VII Hospital, London on 9 February 2002. After a private funeral, her body was cremated. Two months later, after the death of her mother, Margaret's ashes were interred beside the bodies of her parents in the George VI Memorial Chapel at St. George's Chapel, Windsor Castle.

FULL ARTICLE AT WIKIPEDIA.ORG
This article is licensed under the GNU Free Documentation License.
It uses material from the Wikipedia article "Princess Margaret."
Back to Article
/