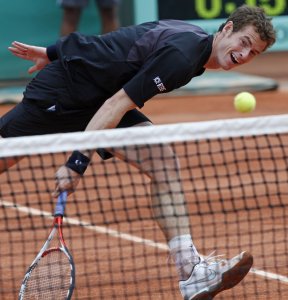 Potito Starace (born July 14, 1981 in Cervinara) is an Italian professional tennis player on the ATP Tour. He achieved his career-high ranking of 27th on October 15, 2007 and prefers to play on red clay. One of the most memorable moments of Starace's career was when he made the men's doubles quarterfinals of the 2006 French Open with Alberto Martín. They defeated eighth-seeded Simon Aspelin and Todd Perry along the way, before walking over to second seeds Jonas Björkman and Max Mirnyi.

He played four ATP finals and lost all. In the Challenger Tour he won three times the San Marino CEPU Open, this is the record for that tournement. In doubles he won four ATP titles.

He represented Italy at the 2008 Beijing Olympics, where he lost to Rafael Nadal in the first round.

FULL ARTICLE AT WIKIPEDIA.ORG
This article is licensed under the GNU Free Documentation License.
It uses material from the Wikipedia article "Potito Starace."
Back to Article
/