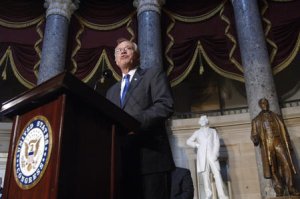 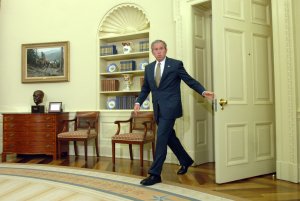 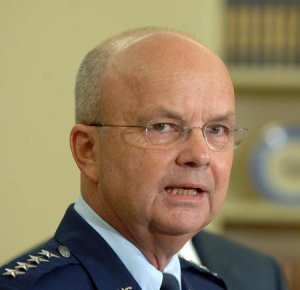 U.S. News // 9 years ago
Group to file ethics complaint on Rep. Darrell Issa
An advocacy group said it will file a complaint against Rep. Darrell Issa, R-Calif., charging he repeatedly used his public office for personal gain.
U.S. News // 1 decade ago
Documents cover tape-destruction talks
Just-released documents detail CIA deliberations, including legal discussions, about destroying videotapes of the harsh interrogations of two terror detainees.
Top News // 1 decade ago
CIA: Pelosi briefed on use of techniques
House Speaker Nancy Pelosi, D-Calif., was briefed on the use of harsh techniques for interrogating suspected terrorists, the CIA said in a newly released memo.
Top News // 1 decade ago
Report: Gonzales intervened in Harman case
The Bush administration blocked the CIA from telling Congress it had overheard U.S. Rep. Jane Harman, D-Calif., talking with an Israeli spy, sources say.
Special Reports // 1 decade ago
Former No. 3 at CIA pleads guilty to corruption charge
The former No. 3 official at the CIA pleaded guilty to corruption in federal court in Virginia Monday, admitting he had steered agency contracts to a friend, concealed their relationship and accepted tens of thousands of dollars worth of gifts from him.
Odd News // 1 decade ago
The almanac
UPI Almanac for Sunday, Aug. 10, 2008.
Top News // 1 decade ago
CIA chief testifies in closed-door hearing
The director of the CIA said Wednesday the U.S. spy agency failed to keep Congress fully informed about recording interrogations and then destroying the tapes.
Top News // 1 decade ago
Congress briefed on waterboarding in 2002
CIA officials were met with approval when they briefed members of the U.S. Congress in September 2002 on the tactic of waterboarding, it was reported Sunday.
Special Reports // 1 decade ago
Analysis: Sulick new head spy for CIA
CIA Director Gen. Michael Hayden has named a new head for the National Clandestine Service, the part of the agency that recruits spies -- or human sources, as they are called by espionage professionals -- for U.S. intelligence.
Special Reports // 1 decade ago
Analysis: CIA bungled pre-9/11 resources
Leading CIA officials, and in particular Director of Central Intelligence George Tenet, did not develop a strategy or make effective use of U.S. intelligence resources to combat the terrorist threat from al-Qaida before Sept. 11, a report by the agency’s inspector general found.

Among those being briefed, there was a pretty full understanding of what the CIA was doing

What we do does not come close because torture in terms of inflicting pain or something like that, physical pain or causing a disability, those kinds of things that probably would be a common definition for most Americans, sort of you know it when you see it, we don't do that because it doesn't get what you want

An enemy that's working in an amorphous network that doesn't have to worry about a bunch of regulations, chain of command, rule of law or anything else has got a huge advantage over a stultified, slow-moving, bureaucratic, by-the-boo

This agency does not do torture. Torture does not work

Porter Johnston Goss (born November 26, 1938) is an American politician who was the first Director of National Intelligence (DNI) and the last Director of Central Intelligence following the passage of the 2004 Intelligence Reform and Terrorism Prevention Act, which abolished the DCI position. A CIA officer in Latin America during the Cold War, he served as a Republican member of the U.S. House of Representatives from 1989 until he took up his post at the agency.

Goss represented the Florida's 14th congressional district, which includes Lee County, Fort Myers, Naples, and part of Port Charlotte. He served for a time as the chairman of the House Intelligence Committee. Goss was a co-sponsor of the USA PATRIOT Act and was a co-chair of the Joint 9/11 Intelligence Inquiry.

Goss resigned as Director of the CIA on May 5, 2006 in a sit-down press conference with President George W. Bush from the Oval Office. On May 8, Bush nominated U.S. Air Force General Michael Hayden to be Goss's successor.

FULL ARTICLE AT WIKIPEDIA.ORG
This article is licensed under the GNU Free Documentation License.
It uses material from the Wikipedia article "Porter Goss."
Back to Article
/