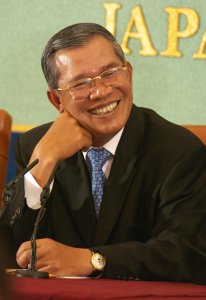 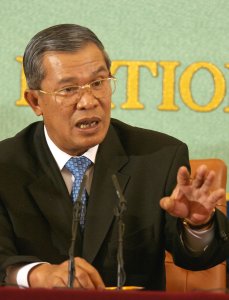 Top News // 1 year ago
The Almanac
On April 15, 2014, after sending a distress signal, a South Korean ferry capsized off the country's southern coast, an incident that killed about 300 people.

Top News // 1 year ago
On This Day: South Korea ferry sinking leaves 300 dead
On April 15, 2014, after sending a distress signal, a South Korean ferry capsized off the country's southern coast, an incident that killed about 300 people.

Voices // 3 years ago
'I thought I had died': Women share stories of life under Khmer Rouge
A collection of testimonials by Cambodian women who survived the brutal Khmer Rouge regime reveals the long-term effects of enslavement, terror and sexual abuse.

Top News // 3 years ago
The Almanac
On April 15, 1986, the United States launched airstrikes against Libya in response to a bombing in West Germany that killed two U.S. soldiers.

Top News // 4 years ago
The Almanac
On Jan. 7, 1931, as the Great Depression was getting under way, a report to U.S. President Herbert Hoover estimated that 4 million to 5 million Americans were out of work.

Top News // 4 years ago
The Almanac
On April 15, 1986, President Ronald Reagan ordered airstrikes against the regime of Moammar Gadhafi in response to the bombing of a Berlin discotheque.

Top News // 5 years ago
The Almanac
On Jan. 7, 2015, Islamist terrorists stormed the Paris office of the satirical weekly magazine, Charlie Hebdo, in "an act of exceptional barbarism."

The wrongdoer holds him- or herself up as the victim

Saloth Sar (May 19, 1925 – April 15, 1998), better known as Pol Pot, (Khmer: ប៉ុល ពត), was the leader of the Cambodian communist movement known as the Khmer Rouge and was Prime Minister of Democratic Kampuchea from 1976–1979. Pol Pot's leadership, in which he attempted to "cleanse" the country, resulted in the deaths of an estimated 1.7–2.5 million people.

Pol Pot became leader of Cambodia in mid-1975. During his time in power, Pol Pot imposed a version of agrarian socialism, forcing urban dwellers to relocate to the countryside to work in collective farms and forced labor projects, toward a goal of "restarting civilization" in a "Year Zero". The combined effects of forced labour, malnutrition, poor medical care and executions resulted in the deaths of approximately 21% of the Cambodian population.

In 1979, after the invasion of Cambodia by neighboring Vietnam in the Cambodian–Vietnamese War, Pol Pot fled into the jungles of southwest Cambodia and the Khmer Rouge government collapsed. From 1979 to 1997 he and a remnant of the old Khmer Rouge operated from the border region of Cambodia and Thailand, where they clung to power, with nominal United Nations recognition as the rightful government of Cambodia.

FULL ARTICLE AT WIKIPEDIA.ORG
This article is licensed under the GNU Free Documentation License.
It uses material from the Wikipedia article "Pol Pot."
Back to Article
/