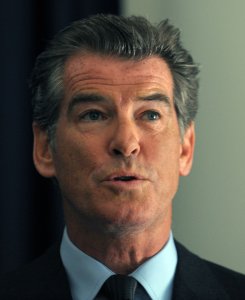 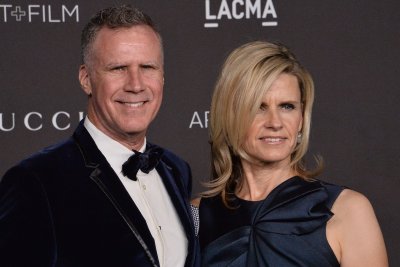 Entertainment News // 5 months ago
Anne Hathaway channels 'Princess Diaries' character for #PillowChallenge
Anne Hathaway, who played Mia Thermopolis in "The Princess Diaries," took on the Pillow Challenge while self-isolating amid the coronavirus pandemic. 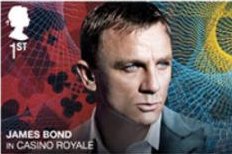 Entertainment News // 7 months ago
Royal Mail pays tribute to James Bond with new stamp collection
The United Kingdom's Royal Mail service has announced a new line of James Bond stamps just in time for the latest film in the series, "No Time To Die." 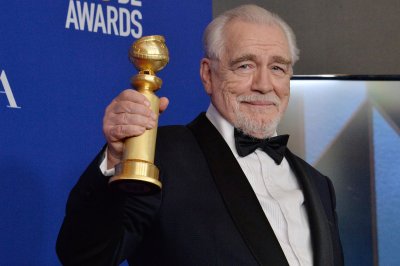 Entertainment News // 8 months ago
'Succession,' 'Fleabag,' 'Hollywood,' '1917' win big at the Golden Globes
"Succession," "Chernobyl," "Fleabag," "Once Upon a Time in Hollywood" and "1917" were the big winners in at the Golden Globe Awards gala in Los Angeles Sunday night.

This is the corner I've painted myself into, when you get to a certain point in your career, when you've played the same note, how do you get out

After that kind of titanic jolt to the system, there was a great sense of calm

I'm good at working, but I'm very good at playing

I would not like anyone else to be Bond. I would like them to stop there and never do another one

Pierce Brendan Brosnan, OBE (16 May 1953) is an Irish actor, film producer and environmentalist who holds Irish and American citizenship. After leaving school at 16, Brosnan began training in commercial illustration, but trained at the Drama Centre in London for three years. Following a stage acting career he rose to popularity in the television series Remington Steele (1982–87).

After Remington Steele, Brosnan took the lead in many films such as Dante's Peak and The Thomas Crown Affair. In 1995, he became the fifth actor to portray secret agent James Bond in the official film series, starring in four films between 1995 and 2002. He also provided his voice and likeness to Bond in the 2004 video game James Bond 007: Everything or Nothing. Since playing Bond, he has starred in such successes as The Matador (nominated for a Golden Globe, 2005), Mamma Mia! (National Movie Award, 2008), and The Ghost Writer (2010).

In 1996, along with Beau St. Clair, Brosnan formed Irish DreamTime, a Los Angeles-based production company. In later years, he has become known for his charitable work and environmental activism.

FULL ARTICLE AT WIKIPEDIA.ORG
This article is licensed under the GNU Free Documentation License.
It uses material from the Wikipedia article "Pierce Brosnan."
Back to Article
/