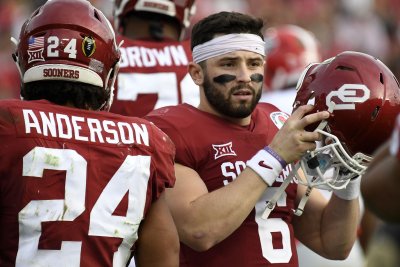 NFL // 3 years ago
Senior Bowl: Baker Mayfield brings swagger to North practice
Unlike the rest of the players auditioning for NFL scouts and coaches at the Senior Bowl, Baker Mayfield did not arrive over the weekend.

College Football // 3 years ago
Senior Bowl: Weigh-in observations
MOBILE, Ala. -- The first step of Senior Bowl week is the weigh-ins, where players trot across a stage in front of hundreds of NFL evaluators and media. Who looked the part Tuesday morning? 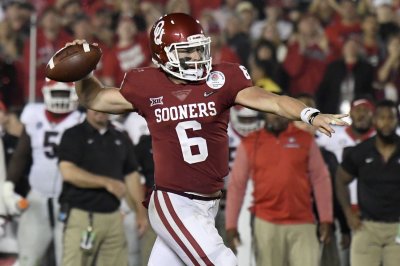 College Football // 4 years ago
2017 Senior Bowl weigh-in: 10 things to know about top North, South team prospects
While the action on the practice field at Ladd-Peebles Stadium is clearly most important, scouts place a great deal of value on the measurables conducted prior to the action beginning Tuesday at the annual Senior Bowl.

Donte will be the major addition to our offense this year

Phil Savage (born Phillip Savage Jr. April 7, 1965 in Mobile, Alabama) is the former general manager of the Cleveland Browns. He was named Senior Vice President and General Manager of the Cleveland Browns on January 6, 2005. On December 28, 2008, he was fired. Previously, Savage served as Director of Player Personnel for the Baltimore Ravens under General Manager Ozzie Newsome, a former Browns' player and member of the Pro Football Hall of Fame.

Savage attended high school at Murphy (Mobile, Ala.) High School and played football and baseball at the University of the South (Sewanee, Tennessee). He earned a bachelor's of arts in English and was a three-time all-conference shortstop in baseball. He received a master's degree in physical education from the University of Alabama in 1989.

Prior to entering the NFL, Savage spent the first seven years of his career in the coaching ranks at Alabama, UCLA, and with the San Antonio Riders of the World League.

FULL ARTICLE AT WIKIPEDIA.ORG
This article is licensed under the GNU Free Documentation License.
It uses material from the Wikipedia article "Phil Savage."
Back to Article
/