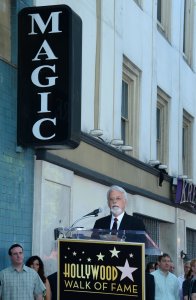 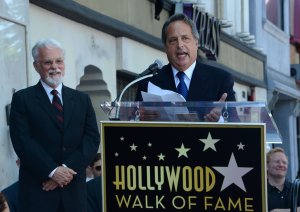 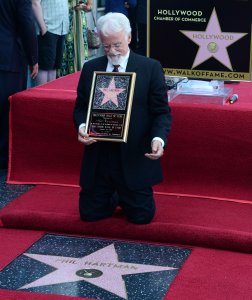 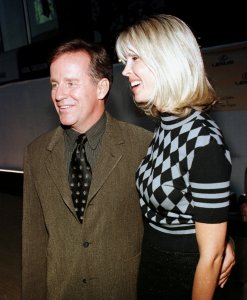 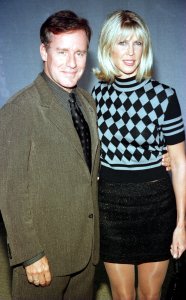 U.S. News // 1 year ago
'Nasty woman': A look at memorable presidential debate moments
President Donald Trump and Democratic presidential nominee Joe Biden are set to meet for their first debate Tuesday, picking up a tradition that has produced a number of memorable moments over the last 60 years.

U.S. News // 5 years ago
Which candidate wins the pop culture race?
Regardless of how you feel about President Barack Obama, his pervasiveness in pop culture is going to leave big shoes to fill for the next president.

Philip Edward "Phil" Hartman (September 24, 1948 – May 28, 1998) was a Canadian-born American actor, comedian, screenwriter, and graphic artist. Born in Brantford, Ontario, Hartman and his family immigrated to the United States when he was ten. After graduating from California State University, Northridge with a degree in graphic arts, he designed album covers for bands like Poco and America. Feeling the need for a more creative outlet, Hartman joined the comedy group The Groundlings in 1975 and there helped comedian Paul Reubens develop his character Pee-wee Herman. Hartman co-wrote the screenplay for the film Pee-wee's Big Adventure and made recurring appearances on Reubens' show Pee-wee's Playhouse.

Hartman became well-known in the late 1980s when he joined the sketch comedy show Saturday Night Live. He won fame for his impressions, particularly of President Bill Clinton, and stayed on the show for eight seasons. Called "the Glue" for his ability to hold the show together and help other cast members, Hartman won a Primetime Emmy Award for his SNL work in 1989. In 1995, after scrapping plans for his own variety show, he starred as Bill McNeal in the NBC sitcom NewsRadio. He also had frequent roles on The Simpsons, and appeared in the films Houseguest, Sgt. Bilko, Jingle All the Way, and Small Soldiers.

Hartman had been divorced twice before he married Brynn (née Omdahl) in 1987; the couple had two children together. However, their marriage was fractured, due in part to Brynn's drug use. On May 28, 1998, Brynn shot and killed her husband while he slept in their Encino, Los Angeles home, then committed suicide several hours later. In the weeks following his death, Hartman was celebrated in a wave of tributes. Dan Snierson of Entertainment Weekly opined that Hartman was "the last person you'd expect to read about in lurid headlines in your morning paper...a decidedly regular guy, beloved by everyone he worked with".

FULL ARTICLE AT WIKIPEDIA.ORG
This article is licensed under the GNU Free Documentation License.
It uses material from the Wikipedia article "Phil Hartman."