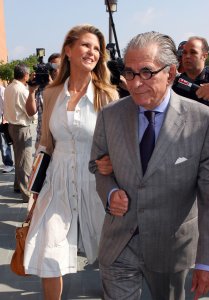 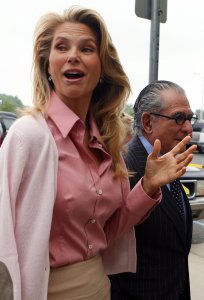 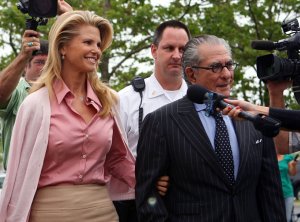 Music // 4 years ago
Billy Joel's daughter Alexa Ray engaged to restaurateur
Alexa Ray Joel, the only child of Billy Joel and Christie Brinkley, said "yes" to Ryan Gleason while on vacation in Turks and Caicos.

World News // 5 years ago
China returns seized undersea drone to U.S. Navy
Four days after China snatched a U.S. Navy undersea drone out of the water, the vehicle was returned to the U.S. Navy on Tuesday morning.

U.S. News // 5 years ago
Report: Pentagon buried study suggesting $125B in savings
A new report alleges officials at the Pentagon suppressed an internal study that documented $125 billion in waste over fears Congress would cut its budget.

I'll never regret marrying her. We had a great time for 10 years. I've got two beautiful children

I've got everything I've been asking for for two years

I didn't see Christie when I went to the house

He hasn't been served and I don't think there are any plans to serve him. This matter is on hold

Don't even go there. We don't need to fan the flames

Peter Edward Cook (17 November 1937 – 9 January 1995) was a British satirist, writer and comedian. He is widely regarded as the leading figure in the British satire boom of the 1960s. He has been described by Stephen Fry as 'the funniest man who ever drew breath'.

Cook is very closely associated with the anti-establishment style of comedy that first emerged in Britain and the US in the late 1950s.

Cook was born at "Shearbridge", Middle Warberry Road, Torquay, Devon, the only son and eldest of the three children of Alexander Edward (Alec) Cook (d. 1984), a colonial civil servant, and his wife (Ethel Catherine) Margaret, née Mayo (d. 1994). He was educated at Radley College and later Pembroke College, Cambridge, where he read French and German. Cook meant to become a career diplomat, but unfortunately Britain "had run out of colonies", as he put it. It was at Pembroke that he performed and wrote comedy sketches as a member of the prestigious Cambridge Footlights Club, of which he became President in 1960.

FULL ARTICLE AT WIKIPEDIA.ORG
This article is licensed under the GNU Free Documentation License.
It uses material from the Wikipedia article "Peter Cook."