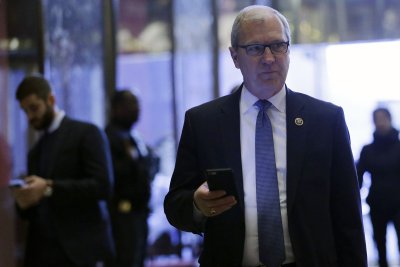 U.S. News // 4 years ago
Trump to meet with NRA over 'no fly, no buy' gun legislation
Donald Trump said he would talk to the National Rifle Association about legislation that would prohibit people listed on the no-fly list from buying guns. 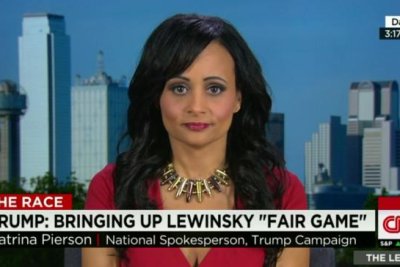 U.S. News // 5 years ago
Trump spokeswoman: 'maybe I'll wear a fetus'
Responding to criticism about a necklace made of bullets, the spokeswoman for Donald Trump's presidential campaign responded "maybe I'll wear a fetus next time."
U.S. News // 6 years ago
Panel asks: Is the House even allowed to sue President Obama?
A House panel got deep into the constitutional weeds Wednesday on the merits of Speaker John Boehner's lawsuit against President Obama.

No longer content with criticizing concerned citizens for being 'un-American,' the speaker is now likening genuine opposition to assassination

His role is clear: He and his client (briefed) the congressman and his staff

Peter Anderson Sessions (born March 22, 1955) is a politician from the state of Texas. He is a Republican, and currently represents the 32nd congressional district in the U.S. House of Representatives.

Sessions was born in Waco, Texas, where he grew up. His father is William S. Sessions, the former director of the Federal Bureau of Investigation. He graduated from Southwestern University in Georgetown, Texas in 1978. Sessions then worked for Southwestern Bell for 16 years. He rose to the rank of district manager for marketing in Dallas, supervising 435 employees and managing a $16 million budget. He also worked at Bell Communications Research (AKA Bellcore, currently named Telcordia Technologies) in New Jersey.

FULL ARTICLE AT WIKIPEDIA.ORG
This article is licensed under the GNU Free Documentation License.
It uses material from the Wikipedia article "Pete Sessions."
Back to Article
/