U.S. News // 2 months ago
James Randi, magician and debunker, dies at 92
James Randi, the magician, escape artist and debunker of paranormal and pseudoscientific claims, has died. He was 92. 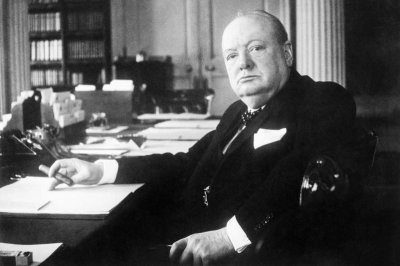 Top News // 3 years ago
The Almanac
On March 5, 1946, Winston Churchill, in a famous speech in Fulton, Mo., stated that a Soviet Union "Iron Curtain" had "descended across" Europe.

U.S. News // 4 years ago
Thousands of atheists gather for 'Reason Rally' in Washington, D.C.
Reason for Rally 2016 drew several thousand atheists and supporters to show that nonbelievers can be a political force in the presidential election.

Jillette was born in Greenfield, Massachusetts. His mother, Valda R. Jillette (née Parks), was a secretary, and his father, Samuel H. Jillette, worked at a correctional facility. Jillette became disenchanted with traditional illusionist acts that presented the craft as authentic magic, such as The Amazing Kreskin on The Tonight Show Starring Johnny Carson. At age eighteen, he saw a show by illusionist James Randi, and became enamored of his approach to magic that openly acknowledged deception as entertainment rather than a mysterious supernatural power. Jillette regularly acknowledges Randi as the one person on the planet he loves the most besides members of his family.

Jillette worked with high school classmate Michael Moschen in developing and performing a juggling act during the years immediately following their 1973 graduation. In 1974, Jillette graduated from Ringling Brothers and Barnum & Bailey Clown College. That same year, he was introduced to Teller by Weir Chrisimer, a mutual friend. The three then formed a three-person act called Asparagus Valley Cultural Society which played in Amherst, Massachusetts and San Francisco, California. In 1981, he and Teller teamed up as Penn & Teller, and went on to do a famous Off Broadway show.

FULL ARTICLE AT WIKIPEDIA.ORG
This article is licensed under the GNU Free Documentation License.
It uses material from the Wikipedia article "Penn Jillette."
Back to Article
/