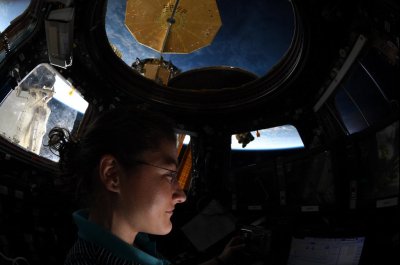 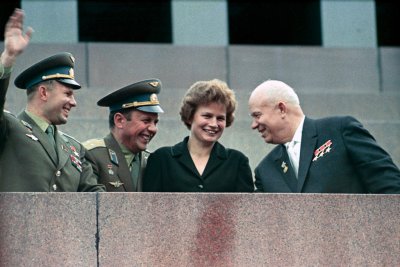 Science News // 2 years ago
Peggy Whitson, NASA's most experienced astronaut, retires
After nearly four decades with NASA, including 22 years as an astronaut, Peggy Whitson is leaving the space agency. 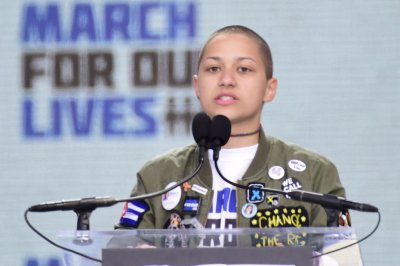 World News // 2 years ago
Parkland teens, Gal Gadot named to Time 100 list
Time magazine released its list of the 100 most influential people of 2018, naming a variety of activists, leaders, actors and scientists.

We have previously, during Mir and other flights, demonstrated that there is a greater risk of forming renal (kidney) stones during flight -- as well (during) the first week or so after landing

I do think I'm ready to go, but it's been kind of a gradual process

Peggy Annette Whitson (born February 9, 1960) is an American biochemistry researcher, NASA astronaut, and NASA's Chief Astronaut. Her first space mission was in 2002, with an extended stay aboard the International Space Station as a member of Expedition 5. Her second mission launched October 10, 2007, as the first female commander of the ISS with Expedition 16. With her two long-duration stays abroad the ISS, Whitson is NASA's most experienced astronaut, with just over 376 days in space. This also places her twentieth among all space flyers.

The flight of Space Shuttle mission STS-120, commanded by female astronaut Pam Melroy, was the first time that two female mission commanders have been in orbit at the same time.

On December 18, 2007, during the fourth spacewalk of Expedition 16 to inspect the S4 starboard Solar Alpha Rotary Joint (SARJ), the ground team in Mission Control informed Whitson that she had become the female astronaut with the most cumulative EVA time in NASA history, as well as the most EVAs, with her fifth EVA. Three hours and 37 minutes into the spacewalk, Whitson surpassed NASA astronaut Sunita Williams with a total time at that point of 29 hours and 18 minutes. At the completion of Whitson's fifth EVA, the 100th in support of ISS assembly and maintenance, Whitson's cumulative EVA time became 32 hours, and 36 minutes, which placed her in 20th place for total EVA time.

FULL ARTICLE AT WIKIPEDIA.ORG
This article is licensed under the GNU Free Documentation License.
It uses material from the Wikipedia article "Peggy Whitson."
Back to Article
/