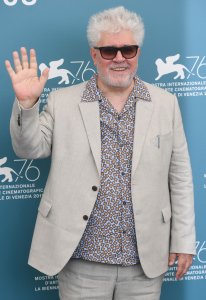 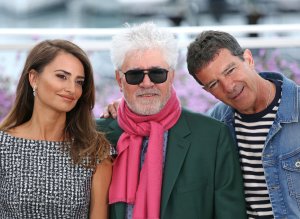 Entertainment News // 6 months ago
Imagen Awards: Antonio Banderas, Jennifer Lopez among nominees
The Imagen Foundation has announced its nominees for the upcoming 34th annual Imagen Awards which honors positive portrayals of Latinos in the media across film, television and other platforms.

Almodóvar is arguably the most successful and internationally known Spanish filmmaker of his generation. His films, marked by complex narratives, employ the codes of melodrama and use elements of pop culture, popular songs, irreverent humor, strong colors and glossy décor. Desire, passion, family and identity are among Almodóvar’s most prevalent themes. His films enjoy a worldwide following and he has become a major figure on the stage of world cinema.

He founded Spanish film production company El Deseo S.A. with his younger brother Agustín Almodóvar who has produced almost all of Pedro’s films.

FULL ARTICLE AT WIKIPEDIA.ORG
This article is licensed under the GNU Free Documentation License.
It uses material from the Wikipedia article "Pedro Almodovar."
Back to Article
/