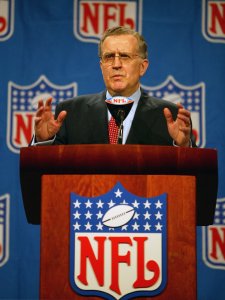 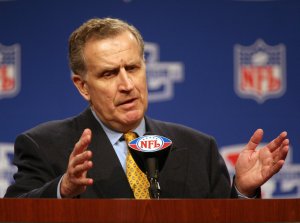 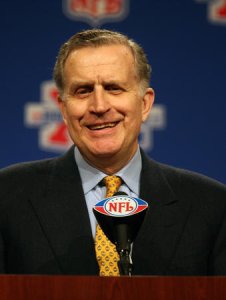 NFL // 10 months ago
Roger Goodell on low minority hiring in NFL: 'We need to change'
NFL commissioner Roger Goodell said the league needs to make changes to its Rooney Rule so more minority candidates are hired as head coaches and front office executives. 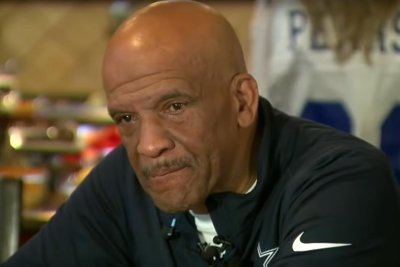 NFL // 10 months ago
Ex-Cowboys great Drew Pearson emotional after Hall of Fame snub
Former Dallas Cowboys star Drew Pearson was noticeably distraught after finding out he was not picked for the Pro Football Hall of Fame Centennial Class Wednesday.

NFL // 2 years ago
Roger Goodell and Jerry Jones kiss and make up
IRVING, Texas -- Roger Goodell has his exit date set, and there will be a new NFL leader in 2024. 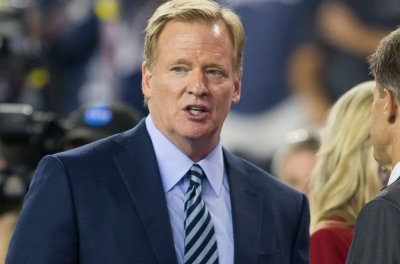 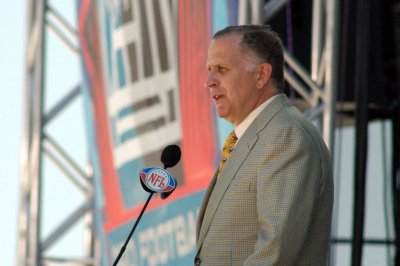 We are one step closer, two or three steps closer, you can characterize it however you want

There are many reasons for this decision, including recognizing that the overwhelming priority for public and private resources in Louisiana and the Gulf Coast region in the weeks ahead must be the essential needs of the public and the restoration of the area's infrastructure

Under our current program, more than 9,000 tests for steroids and other prohibited substances are conducted each year

What matters is we get this right. We want to get it done within this decade and when we do it we want it to stay there

Paul John Tagliabue (born November 24, 1940) is a former Commissioner of the National Football League. He took the position in 1989 and was succeeded by Roger Goodell, who was elected to the position on August 8, 2006. Tagliabue's retirement took effect on September 1, 2006. He had previously served as a lawyer for the NFL.

Tagliabue was born in Jersey City, New Jersey, the third of four sons born to Charles and May Tagliabue. He received an athletic scholarship to play basketball at Georgetown University and was captain of the 1961-1962 team. He graduated in 1962 as president of his senior class, a Rhodes Scholar finalist and a Dean's List graduate.

Tagliabue graduated from New York University School of Law in 1965. He has received honorary degrees from Colgate University and Northeastern University.

FULL ARTICLE AT WIKIPEDIA.ORG
This article is licensed under the GNU Free Documentation License.
It uses material from the Wikipedia article "Paul Tagliabue."
Back to Article
/