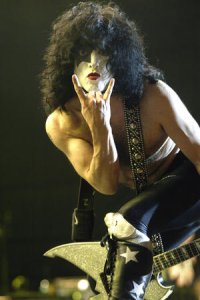 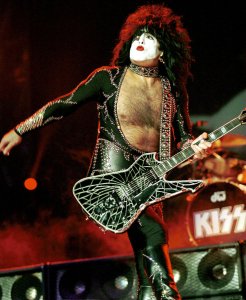 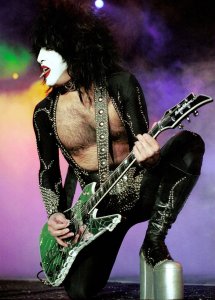 Entertainment News // 5 months ago
Rock guitarist Bob Kulick dead at 70
Rock musician Bob Kulick -- a guitarist who collaborated with KISS and the late Lou Reed -- has died at age 70, his family confirmed. 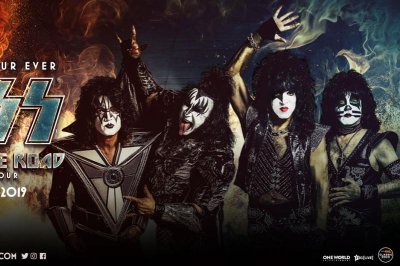 Music // 1 year ago
Kiss cancels Australian tour due to Paul Stanley's illness
Kiss will no longer perform the Australia and New Zealand leg of its "End of the Road" farewell tour.

Top News // 4 years ago
The Almanac
On Jan. 20, 1961, John F. Kennedy took office as the nation's 35th president with a plea for both sides in the Cold War to "begin anew the quest for peace."
Entertainment News // 6 years ago
Kiss and Def Leppard announce tour for summer 2014
Kiss and Def Leppard will join forces for a North American "2014 Heroes Tour" this summer.

From the first time I saw them perform, I knew they were the band that could help deliver the songs for my solo tour with lethal force

While our government is tied up in bureaucracy, the KISS Army has taken up the cause

Social responsibility is important to me, so if a KISS KONDOM encourages someone to use a condom to help prevent an unwanted pregnancy or sexually transmitted disease, I've helped

Stanley Eisen (born January 20, 1952 in Queens, New York) known by his stage name Paul Stanley, is an American hard rock guitarist and one of the two lead vocalists for the rock band Kiss. He is the writer or co-writer of most of the band's highest-charting hits, including "Rock and Roll All Nite," "Detroit Rock City," "Hard Luck Woman," "I Was Made for Lovin' You," "Crazy Crazy Nights" and "Forever."

Before Kiss, Paul Stanley was in a local band, Rainbow (not to be confused with Ritchie Blackmore's Rainbow) and Uncle Joe. Through a mutual friend of Gene Simmons', Stanley joined Simmons' band Wicked Lester in the early 1970s. The band recorded an album in 1972, but as of 2008 it has never been officially released (although songs from the album appeared on Kiss's 2001 box set). Wicked Lester soon fell apart and Stanley and Simmons placed ads for a drummer and a guitarist in various New York papers. This resulted in Peter Criss and Ace Frehley joining the group, and they named themselves Kiss. Kiss released their self-titled debut in February 1974.

Stanley's original persona in Kiss was "The Bandit", with a "Lone Ranger" style mask design make-up pattern. This make-up design would only be used during a few mid-1973 shows, then to be replaced by the now famous "Starchild" make-up design and persona.

FULL ARTICLE AT WIKIPEDIA.ORG
This article is licensed under the GNU Free Documentation License.
It uses material from the Wikipedia article "Paul Stanley."
Back to Article
/