NBA // 3 years ago
Kyrie Irving goes shoe shopping for Ezekiel Elliott, Tigers Woods, and Serena Williams
A multitude of athletes will have to make room under their Christmas trees for gifts from Kyrie Irving. 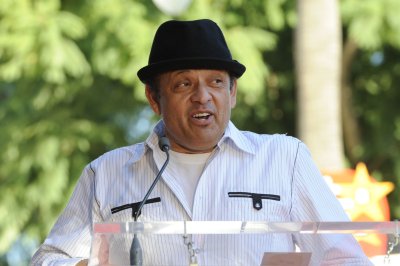 Rodriguez was born in Culiacán, Sinaloa, Mexico to parents who were migrant farm laborers. He was raised in East Los Angeles and served in the military, where he was stationed in Iceland and Duluth, Minnesota. His son Paul Rodriguez Jr. is a professional skateboarder and his nick name is P-Rod.

Rodriguez considered becoming a lawyer, but instead went into comedy. His first shot at national fame, the ABC sitcom a.k.a. Pablo, was cancelled after seven episodes.

FULL ARTICLE AT WIKIPEDIA.ORG
This article is licensed under the GNU Free Documentation License.
It uses material from the Wikipedia article "Paul Rodriguez."
Back to Article
/