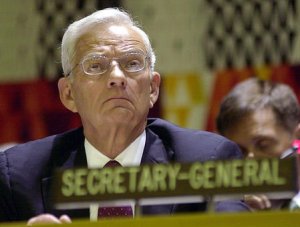 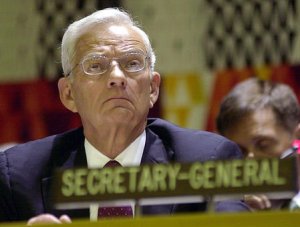 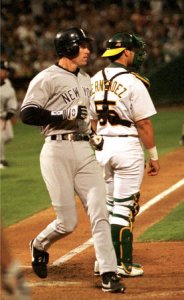 Opinion // 3 years ago
Corporate America's old boys' club is dead -- that's why Big Business couldn't stop Trump
If corporate money controls our politics, then how did the Republican Party manage to nominate a candidate whom almost no one in Big Business supports?

Odd News // 5 years ago
Park ranger gets photos of python devouring wallaby whole
A ranger at a national park in Australia's Northern Territory captured photographs of a python stretching itself to the maximum to swallow a whole wallaby.
Sports News // 6 years ago
Yankees honor retiring Mariano Rivera in pre-game ceremony
Retiring relief pitcher Mariano Rivera was honored by the New York Yankees in a ceremony Sunday prior to his final appearance at Yankee Stadium.
Top News // 1 decade ago
Former Treasury head warns of dire economy
The U.S. economy could sour further if the nation does not get its financial house in order, former U.S. Treasury Secretary Paul O'Neill said.
Special Reports // 1 decade ago
Analysis: Dirty money cleanup gains speed
Illegal money hurts development efforts in poor countries and may be used to fund terrorism, but new cleanup efforts offer significant hope for curbing dirty money flows.
Odd News // 1 decade ago
The almanac
UPI Almanac for Saturday, Jan. 12, 2008.
Odd News // 1 decade ago
The Almanac
UPI almanac for Friday, Jan. 12, 2007.
Sports News // 1 decade ago
Head butt jockey suspended for one day
British jockey Paul O'Neill has been given a one-day suspension by the Horseracing Regulatory Authority after he head butted a horse before a race.
Sports News // 1 decade ago
Brit jockey faces hearing after head butt
A jockey violated Britain's Horseracing Regulatory Authority rules when he head butted his horse after it threw him from the saddle, the HRA said.
Top News // 1 decade ago
Author: Subway gas attack planned
Al-Qaida planned a poison gas attack in the New York subway system, a new book says.
Top News // 1 decade ago
Paulson to take over as Treasury secretary
Goldman Sachs Chief Executive Officer Henry Paulson has been selected by President George Bush to become the secretary of the U.S. Treasury.

We're headed for the wall at lightning speed. And every day that we don't deal with that set of problems is another day closer to absolutely vaporizing our economy

I hereby resign my position as secretary of the Treasury

It has been a privilege to serve the nation during these challenging times. I thank you for that opportunity

Paul O'Neill, OC (born 1928) is a writer, historian and former CBC producer. He has written many books on the history of Newfoundland. O'Neill was born in St. John's, Newfoundland, and raised in Bay de Verde until the age of 8 when his family moved to St. John's.

Educated at St. Bonaventure's College in St. John's, National Academy of Theater Arts at New York, O'Neill was an aspiring actor in the United States and England from 1949 to 1952. Having performed on stage with such stars as Eddie Albert, Larine Day and Cloris Leachman in the USA and in England he acted in films with such well-known actors as Sir Richard Attenborough, Dame Thora Hird and Dame Elizabeth Taylor. While he was in England broadcaster Margot Davies had helped him in radio and encouraged him to write.

O'Neill began his career in radio in 1953 with the CBC in Newfoundland where he produced many radio shows, TV shows such as Reach for the Top and was responsible for school broadcasts for 25 years. He retired from the CBC in 1986. O'Neill wrote stage and radio plays, articles, poems and stories in addition to works of popular history. He has served as president of the Newfoundland Writer's Guild, chairman of the Newfoundland and Labrador Arts Council and president of the St. John's Folk Arts Council. In 1988, O'Neill was awarded an honorary LL.D by Memorial University of Newfoundland and in 1990, he was appointed to the Order of Canada. In 2004, O'Neill was awarded the Freedom of the City and in 2008, he received Order of Newfoundland and Labrador.

FULL ARTICLE AT WIKIPEDIA.ORG
This article is licensed under the GNU Free Documentation License.
It uses material from the Wikipedia article "Paul O'Neill."
Back to Article
/