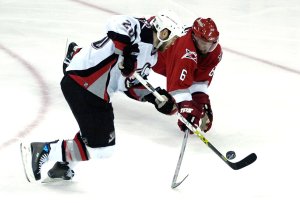 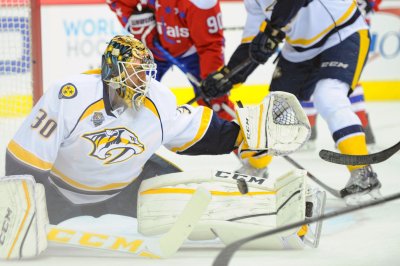 Gaustad was drafted in the 7th round (220th overall) by the Sabres in the 2000 NHL Entry Draft. In the off-season Paul lives in Portland, Oregon. He also played for the Portland Winter Hawks of the WHL.

Prior to joining Portland in 1999–2000, Gaustad was a Portland Jr. Hawk. Afterward, Gaustad started playing for a Tier II team in Burnaby, B.C. of the BCJHL. In his three seasons with the Winter Hawks, Gaustad registered 135 points (53–82–135) before making his professional debut with the Sabres AHL affiliate in Rochester in 2002–03. Upon his arrival in Rochester, the Fargo native registered 53 points (14–39–53) in 80 games while seeing his first action with the parent club.

FULL ARTICLE AT WIKIPEDIA.ORG
This article is licensed under the GNU Free Documentation License.
It uses material from the Wikipedia article "Paul Gaustad."
Back to Article
/