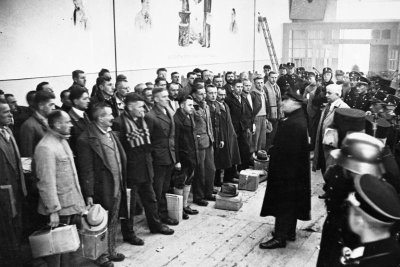 Patty Smith Hill was born in 1868 in Anchorage, Kentucky, just outside of Louisville. Her parents were passionate people who instilled in Patty and her siblings the importance of education, the value of play, and the necessity of advocating for others. Her father, William Wallace Hill, was born in Bath, Kentucky, graduated from Centre College in Danville, Kentucky in 1833, and earned a doctorate of Theology from Princeton University in 1838. He dedicated his entire life to ministry and education, which took the Hill family from Kentucky to Missouri to Texas. Her mother, Martha Jane Smith, was William’s second wife (his first died in childbirth), and was born in Pennsylvania, but as an adolescent moved with her brother to live with their aunt and uncle on their plantation in Danville. Martha Jane was intent on learning and passing along education to others, evidenced, for example, by the fact that she taught the slaves on the Grimes plantation to read and write.

Hill’s parents were committed to their children’s education; her father is reported to have told his daughters to understand the value of a good education, and that it was, “a tragedy for women to marry for a home. Don’t live with law kin! Don’t even if you have to live in a hollow tree!” Empowered by her parents’ encouragement, Patty graduated valedictorian of her class from the Louisville Collegiate Institute in 1887.

FULL ARTICLE AT WIKIPEDIA.ORG
This article is licensed under the GNU Free Documentation License.
It uses material from the Wikipedia article "Patty Smith Hill."
Back to Article
/