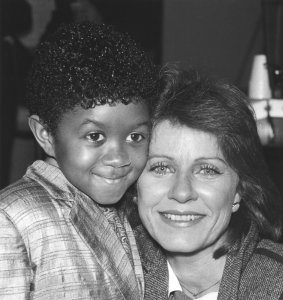 Top News // 4 years ago
The Almanac
On Dec. 14, 1911, Norwegian explorer Roald Amundsen became the first person to reach the South Pole. The world would have to wait until March 7, 1912 before learning of Amundsen's triumphant feat.

Entertainment News // 4 years ago
Public memorial service held for Patty Duke in her adopted hometown in Idaho
A public memorial was held this weekend for Oscar-winning actress Patty Duke, who died last month from sepsis at the age of 69.

Entertainment News // 5 years ago
Oscar-winning actress Patty Duke -- mother of Sean Astin -- dies at 69
Oscar-winning actress Patty Duke has died. She was 69.
Odd News // 7 years ago
The almanac
UPI Almanac for Saturday, Dec. 14, 2013.
TV // 7 years ago
'Star Trek' Klingon actor Michael Ansara dead at 91
Michael Ansara, the U.S. actor known for his roles as American Indians and as a Klingon commander in "Star Trek" has died, his former publicist said. He was 91.
TV // 8 years ago
Patty Duke, Meredith Baxter to play lesbian couple on 'Glee'
The U.S. TV show "Glee" is adding a lesbian couple played by Patty Duke and Meredith Baxter to its repertory cast, E! Online reports.

Though we had never met, he has been a real hero in our family

Anna Marie "Patty" Duke (born December 14, 1946) is an American actress of stage, film, and television. First becoming famous as a child star, winning an Academy Award for Best Supporting Actress at age 16, and later starring in her eponymous sitcom for three years. She was later elected president of the Screen Actors Guild from 1985 to 1988.

Duke was diagnosed with bipolar disorder in 1982, and since then has devoted much of her time to advocating and educating the public on mental health issues.

Duke was born Anna Marie Duke in Elmhurst, Queens, New York, the daughter of Frances (née McMahon), a cashier, and John Patrick Duke, a handyman and cab driver. Her father was Irish American and her maternal grandmother was German.

FULL ARTICLE AT WIKIPEDIA.ORG
This article is licensed under the GNU Free Documentation License.
It uses material from the Wikipedia article "Patty Duke."
Back to Article
/