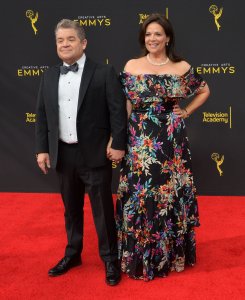 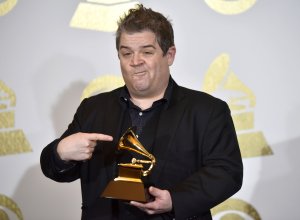 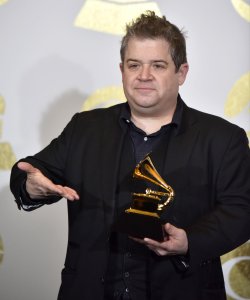 TV // 3 months ago
'Space Force' team tries to prove its worth in Season 2 trailer
"Space Force," a comedy-drama starring Steve Carell, John Malkovich and Ben Schwartz, will return for a second season on Netflix in February.

HOLD UP THE HEAD, BARACK. [And play Europe's 'The Final Countdown],

Patton Oswalt (born January 27, 1969) is an American stand-up comedian, writer, actor and voice actor. He is best known for portraying Spencer Olchin in the popular sitcom The King of Queens, voicing Remy from the film Ratatouille and Thrasher from the Cartoon Network original series Robotomy.

Oswalt was born in Portsmouth, Virginia, to Carla and Larry J. Oswalt, a career US Marine Corps Officer. While a military brat, he later lived in Ohio and Tustin, California, before settling in Sterling, Virginia. He is a 1987 graduate of Broad Run High School in Ashburn, Virginia and later attended the College of William and Mary, where he majored in English and was initiated into the Alpha Theta Chapter of the Phi Kappa Tau Fraternity.

Oswalt first began performing standup comedy in the late 1980s or early 1990s, by his own reckoning. After writing for MADtv and starring in his own 1996 comedy special for HBO, he went on to garner notable roles in films and television shows. His most prominent and long-running role was as Spence Olchin on The King of Queens. His first starring film role was as the voice of Remy, the lead character in the 2007 Pixar film Ratatouille. He has also appeared in smaller roles in such films as Magnolia and Madagascar: Escape 2 Africa. He lent his voice as in the video game Grand Theft Auto: San Andreas as a caller on the WTCR show "The Tight End Zone", and was the voice of a caller on "Chatterbox" on LCFR in the game Grand Theft Auto: Liberty City Stories. He was also the voice of a reporter on "New World Order", a radio show on VCPR in Grand Theft Auto: Vice City Stories. He recently lent his voice as Randall Tugman in the zombie game Dead Rising 2.

FULL ARTICLE AT WIKIPEDIA.ORG
This article is licensed under the GNU Free Documentation License.
It uses material from the Wikipedia article "Patton Oswalt."