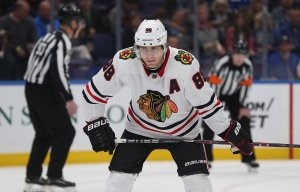 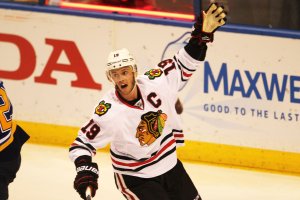 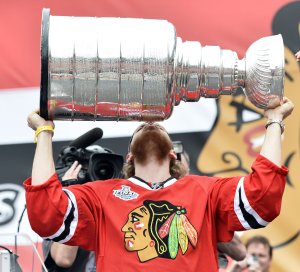 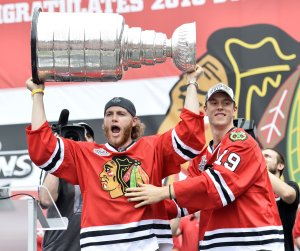 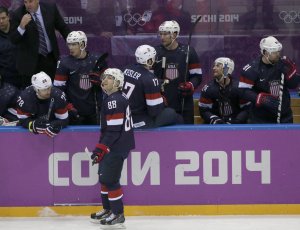 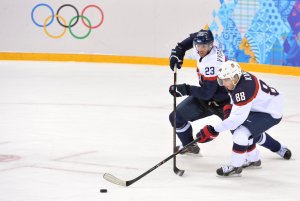 NHL // 3 years ago
Patrick Kane roofs impossible backhander, shouts out parents
Patrick Kane gave a shoutout to his parents after ripping in a ridiculous backhander for a score during the Chicago Blackhawks' loss to the Calgary Flames.

Patrick Timothy Kane Jr. (born November 19, 1988) is an American professional ice hockey right winger currently playing for the Chicago Blackhawks of the National Hockey League (NHL). The Blackhawks selected him with the first overall pick in the 2007 NHL Entry Draft.

Kane attended the St. Martin of Tours school, started playing for the Cazenovia Chiefs in his hometown of Buffalo, New York. He played for the West Seneca Wings, Buffalo Regals, and Depew Saints.

At the age of fourteen, he played junior hockey for the USA Bobcats and he scored many goals, and earned the title of MVP. Kane relocated to Michigan where he lived with former NHL player, Pat Verbeek, having been convinced to play for the Honeybaked AAA hockey club in Detroit. The club is a part of the Midwest Elite Hockey League. Kane's career with Honeybaked lasted for 3 years.

FULL ARTICLE AT WIKIPEDIA.ORG
This article is licensed under the GNU Free Documentation License.
It uses material from the Wikipedia article "Patrick Kane."