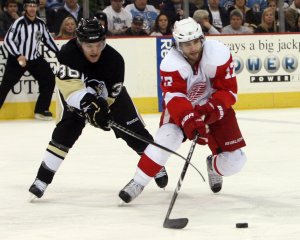 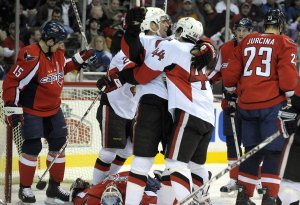 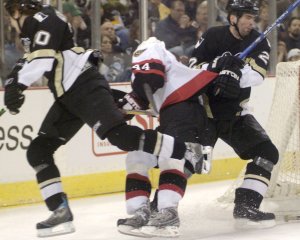 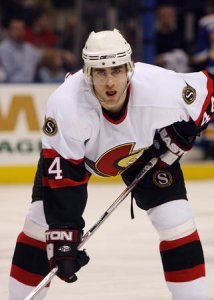 NHL // 4 years ago
Nashville Predators earn first Stanley Cup finals spot with 6-3 victory over Anaheim Ducks
NASHVILLE, Tenn. -- No matter the shot margin, no matter how dire the situation looked for a stretch of the third period, the Nashville Predators were determined to keep their date with history Monday night.

NHL // 5 years ago
Anaheim Ducks avoid meltdown, edge Nashville Predators in OT
After the Predators concocted a stunning comeback to force overtime in Game 4 of the Western Conference Finals, the script almost demanded they finish the deal.

NHL // 5 years ago
James Neal delivers in OT as Nashville Predators defeat Anaheim Ducks in Game 1
Using the same formula that led the Predators to victory in the first two rounds, they drew first blood in the Western Conference finals against the Ducks.

NHL // 5 years ago
Anaheim Ducks sneak past Edmonton Oilers in Game 7, will face Nashville Predators
After four consecutive postseasons of failure and frustration, the Anaheim Ducks exorcized their Game 7 demons with a gritty triumph.

Patrick attended Shattuck-St Mary's School which is an Episcopal Church-affiliated boarding school in Faribault, Minnesota. Patrick played his collegiate hockey at Boston College. After a very good freshman year the Senators drafted him 29th overall in the first round of the 2003 NHL Entry Draft. He played two more years with the Eagles, where he won several awards, including Hockey East Player of the Year, earned All-America and All-Conference first-team honors, and was a Hobey Baker Finalist. Also during that time he represented his country at the 2004 World Junior Ice Hockey Championships, tallied one goal and five assists in six games. In 2005, he decided to leave Boston College to sign with the Ottawa Senators.

Eaves started the 2005-06 season with the Binghamton Senators in the AHL, and after a good start he was called up to Ottawa, hitting the 20 goal plateau in the NHL. The playoffs, however were a disappointment as they lost to the Buffalo Sabres in the second round.

FULL ARTICLE AT WIKIPEDIA.ORG
This article is licensed under the GNU Free Documentation License.
It uses material from the Wikipedia article "Patrick Eaves."