Sports News // 5 months ago
Tiz the Law favorite for Saturday's Travers in weekend horse racing
Tiz the Law, an easy winner in the Belmont Stakes, tackles the Travers on Saturday, with the Preakness, Kentucky Derby and Breeders' Cup Classic all on the near horizon. 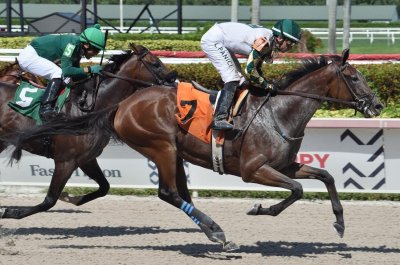 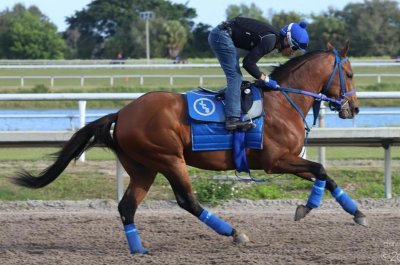 Two years ago he nearly won the Arlington Million (fourth, just 1 length from the winner). So maybe we'll take a shot at that later on

Patrick Louis Biancone (born June 7, 1952 in Mont-de-Marsan, Landes, France) is a Thoroughbred racehorse trainer. He is currently based in the United States, but enjoyed success in both Europe and Hong Kong earlier in his career. He was the head trainer for the Daniel Wildenstein stable in France, where his horses won numerous important races including back-to-back victories (with All Along and Sagace) in the 1983 and 1984 Prix de l'Arc de Triomphe. After leaving his native France, for most of the 1990s Biancone trained in Hong Kong but in 1999 was suspended after two of his horses tested positive for banned medications.

Biancone trained Triptych, who won the 1987 Irish Champion Stakes and the 1988 Coronation Cup. However, his most famous horse is the '83 Arc winner All Along, a filly who also raced in North America and was voted both French and U.S. Horse of the Year honors and was inducted into the U.S. Racing Hall of Fame.

Among his efforts in the United States, Patrick Biancone trained Lion Heart, who finished second in the 2004 Kentucky Derby. In 2005, he trained Angara to win the Beverly D stakes. The following year, Biancone's Gorella took the Beverly D.

FULL ARTICLE AT WIKIPEDIA.ORG
This article is licensed under the GNU Free Documentation License.
It uses material from the Wikipedia article "Patrick Biancone."
Back to Article
/