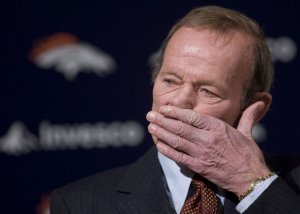 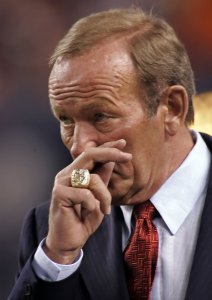 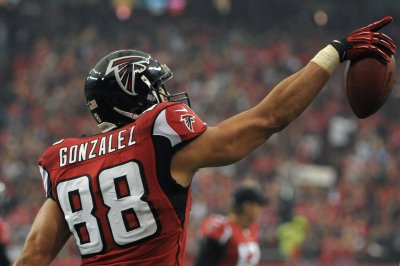 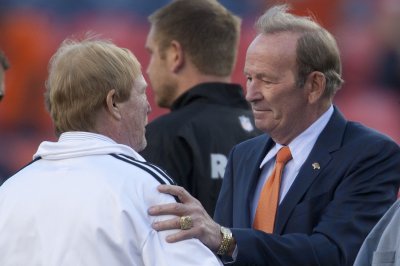 NFL // 2 years ago
Pat Bowlen Trust rejects daughter's ownership hopes of Denver Broncos
A tug-of-war for control of the Denver Broncos is unfolding after the second-oldest daughter of longtime owner Pat Bowlen expressed her desire of the franchise.

NFL // 2 years ago
Denver Broncos give John Elway five-year extension through 2021
Hall of Fame quarterback John Elway is staying with the Denver Broncos for the foreseeable future after the franchise signed the general manager to a new deal.

NFL // 3 years ago
NFL: Money man Jerry Jones as Hall of Fame pick defies logic
They call the facility in Canton, Ohio, the Pro Football Hall of Fame, and a special selection committee this week made it clear which part of that title was the most important.

Numerous attempts to contact Jay Cutler in the last 10 days, both by Coach Josh McDaniels and myself, have been unsuccessful

In evaluating the work of our football operations department over the past several weeks, it has become clear to me that Brian Xanders is the right person to step into our general manager's job

Patrick Dennis Bowlen (born February 18, 1944 in Prairie du Chien, Wisconsin) is the Majority Owner, President, and Chief Executive Officer of the Denver Broncos. The Bowlen Family, including his two brothers and sister, purchased the team from Edgar Kaiser in 1984 and saved the team from possible bankruptcy. Bowlen is also an alumnus of The Pi Kappa Alpha Fraternity.

Pat's father, Paul D. Bowlen, became a millionaire in the Canadian oil business, founding Regent Drilling as a wildcatter. Bowlen attended the University of Oklahoma and earned degrees in business (1965) and law (1968). The younger Bowlen became wealthy in his own right by becoming a successful lawyer in Edmonton, Alberta. He also worked as an executive for his father's company and as a real estate developer.

FULL ARTICLE AT WIKIPEDIA.ORG
This article is licensed under the GNU Free Documentation License.
It uses material from the Wikipedia article "Pat Bowlen."
Back to Article
/