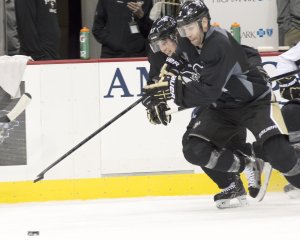 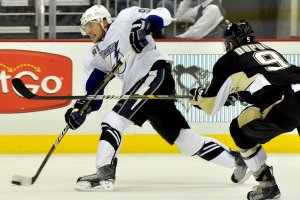 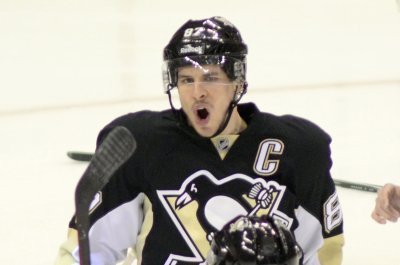 Sports News // 5 years ago
Sidney Crosby scores in Penguins' victory
PITTSBURGH -- Scores in bunches have been rare for the Pittsburgh Penguins. So have goals from center Sidney Crosby. They got both Thursday night for a 4-3 victory over the Colorado Avalanche.

When we score the first goal, we have a pretty decent record, so yeah, it was important

Pascal Dupuis started his career with the Rouyn-Noranda Huskies of the Quebec Major Junior Hockey League. He played four seasons in the QMJHL, but was never drafted by an NHL club. On 18 August 2000, he was signed by the Minnesota Wild. It took Dupuis a year of development in the International Hockey League before he became a regular player in the NHL. In his second full season, he scored 20 goals and 48 points while having a plus-minus rating of +17. However, in 2003–04, he was bothered by injuries and he was unable to improve on his totals from the previous year.

During the 2004–05 NHL lockout, Dupuis played 8 games for HC Ajoie of the Swiss League.

FULL ARTICLE AT WIKIPEDIA.ORG
This article is licensed under the GNU Free Documentation License.
It uses material from the Wikipedia article "Pascal Dupuis."
Back to Article
/