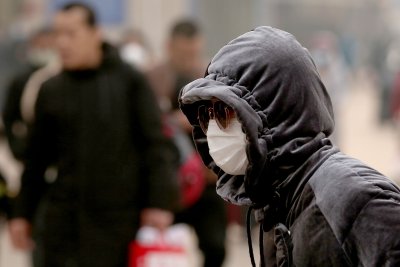 World News // 1 month ago
Seoul discusses inter-Korea exchange with Pompeo amid new sanctions
Top diplomats of the United States, South Korea and Japan met to discuss North Korea and potential deployment to the Middle East as concerns remain over Pyongyang's warning of a "new strategic weapon."

U.S. News // 2 months ago
Efficiency, new seismic standards behind $2B high-tech California hospital
Health workers at Stanford University are acclimating to a high-tech environment at one of the country's most sophisticated new hospitals, which took a decade and more than $2 billion to build.

U.S. News // 5 months ago
Trump heads to California for campaign events in Bay Area, LA
President Donald Trump will visit Northern and Southern California Tuesday for more campaign stops in the heavily Democratic state, a day after he stumped in New Mexico, another traditionally Democratic state.

Health News // 1 year ago
New program may reduce disrupted sleep at hospitals
Anyone who has cared for a hospitalized loved one knows that frequent nighttime sleep interruptions -- caused by noise or nursing checks -- are a big concern.

U.S. News // 1 year ago
New malware targets security to mine cryptocurrency undetected
Researchers have uncovered a new type of malware that can remove security features on Linux cloud servers without detection.

U.S. News // 1 year ago
Volunteer pilot dies in crash while transporting sick child to hospital
A pilot who was transporting a child to a hospital for surgery was killed when his plane crashed in Palo Alto, Calif., Wednesday.

College Football // 1 year ago
No. 13 Stanford set to open vs. San Diego State
To say Stanford fans are feeling the love for their 13th-ranked Cardinal would be an understatement.

U.S. News // 1 year ago
California appellate court weighs ex-Stanford swimmer's conviction
An attorney for a former Stanford University swimmer convicted two years ago of sexually assaulting a woman on campus is trying to get the conviction dismissed.

MLB // 1 year ago
Dodgers hope to stay hot against Giants
LOS ANGELES -- When the San Francisco Giants arrive in Los Angeles to face a red-hot Dodgers club in the opener of a three-game series Friday, it will not be with a full head of steam.

Palo Alto (pronounced /ˌpæloʊˈæltoʊ/, from Spanish: palo: "stick" (or "branch") and alto: "high") is a California charter city located in the northwest corner of Santa Clara County, in the San Francisco Bay Area of California, USA. It is named after a tree called El Palo Alto. The city includes portions of Stanford University and is headquarters to a number of Silicon Valley high-technology companies, including Hewlett-Packard, VMware and Facebook. As of the 2000 census, the city had a total population of 58,598 residents.

Earliest recorded history stems from 1769, when Gaspar de Portolà noted an Ohlone settlement. This remains an area of known Indian mounds. A plaque is erected at Middlefield Road and Embarcadero Road to commemorate this area.

The city got its name from a tall tree, El Palo Alto, by the banks of the San Francisquito Creek bordering Menlo Park. You can still find half of this tree (the other half was destroyed when the creek flooded) along the foot bridge on Alma Street. A plaque recounts the story of a 63 man, 200 horse expedition from San Diego to Monterey from November 7–11, 1769. The group overshot and reached the San Francisco Bay instead. Thinking the bay was too wide to cross, the group decided to turn around near 'el palo alto.'

FULL ARTICLE AT WIKIPEDIA.ORG
This article is licensed under the GNU Free Documentation License.
It uses material from the Wikipedia article "Palo Alto."
Back to Article
/