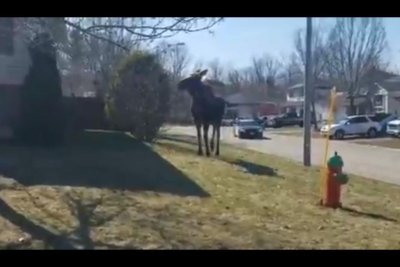 World News // 1 year ago
RCMP scales back Manitoba search for wanted teens
After nine days of searching through the rough terrain of northern Manitoba for two Canadian teens suspected of killing three people, the Royal Canadian Mounted Police announced it was scaling back search efforts.

Odd News // 2 years ago
Zoo pleads for return of stolen monkey, lemur and tortoise
An Ontario zoo is offering a $10,000 reward for information leading to the return of a monkey, a lemur and a tortoise stolen from the facility.

Odd News // 2 years ago
Police warn of African serval on the loose in Ontario
Police in Ontario are warning residents to steer clear of an exotic African serval cat that escaped from its owner's home in the province. 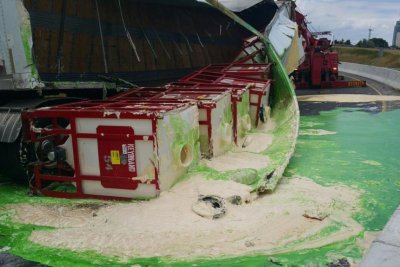 Odd News // 5 years ago
Ontario man ticketed for driving snow-covered car
Police in Ontario said an 80-year-old man was issued a citation for driving a car covered in several inches with only a small section of windshield cleared.

World News // 5 years ago
Nipigon River Bridge fails in bitter cold, severs Trans-Canada Highway
The only major highway connecting eastern and western Canada is closed because of a two-foot split in a bridge caused by extreme cold.

The OPP is the largest deployed police force in Ontario and the second largest in Canada. The service is responsible for providing policing services throughout the province in areas lacking local police forces. It also provides specialized support to smaller municipal police forces, investigates provincewide and cross-jurisdictional crimes, patrols provincial highways (including Ontario's 400-Series Highways) and is responsible for many of the waterways in the province. The OPP also works with other provincial agencies, including the Ministry of Transportation and Ministry of Natural Resources to enforce highway safety and conservation regulations, respectively. Finally, OPP officers provide security at the Ontario Legislature at Queen's Park in Toronto.

The OPP is one of three provincial police forces in Canada. The others are the Royal Newfoundland Constabulary in Newfoundland and Labrador and the Sûreté du Québec.

FULL ARTICLE AT WIKIPEDIA.ORG
This article is licensed under the GNU Free Documentation License.
It uses material from the Wikipedia article "Ontario Provincial Police."
Back to Article
/