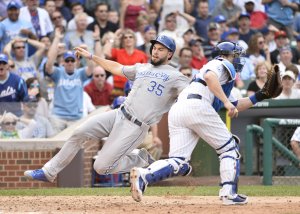 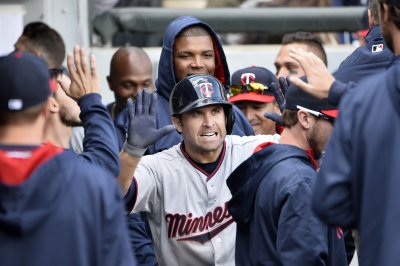 Sports News // 5 years ago
Minnesota Twins start game with two homers in 7-5 win
MINNEAPOLIS -- Struggling in all aspects of their game, the Minnesota Twins got it right offensively against the Kansas City Royals on Wednesday afternoon.

Sports News // 5 years ago
Kansas City Royals defeat Oakland Athletics for fourth straight win
OAKLAND, Calif. -- Kansas City Royals manager Ned Yost said it was only a matter of time before the hot-hitting Eric Hosmer hit one out of the ball park.

Omar Rafael Infante (born December 26, 1981 in Puerto la Cruz, Anzoátegui, Venezuela) is a Major League Baseball utility player who is currently on the Florida Marlins. He bats and throws right-handed.

Infante entered the 2003 season as the starting shortstop for the Detroit Tigers. Ramón Santiago, considered a better glove-man started the season at second base. Considered 2 of the Tigers better prospects, both proved overmatched; Infante hit only .222 with 0 home runs and 8 RBI in over 200 at-bats. Midway through the season, Tigers manager Alan Trammell sent Infante to the minor leagues for failiing to hustle on a consistent basis. Santiago switched to shortstop after Infante was sent down.

FULL ARTICLE AT WIKIPEDIA.ORG
This article is licensed under the GNU Free Documentation License.
It uses material from the Wikipedia article "Omar Infante."
Back to Article
/