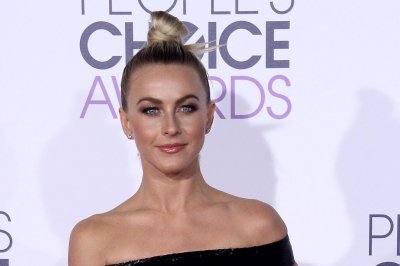 Olivia Newton-John AO, OBE (born 26 September 1948 in Cambridge, England, United Kingdom) is an acclaimed British-born, Australian raised singer and actress. She is a four-time Grammy award winner who has amassed five No. 1 and ten other Top Ten Hot 100 singles and two No. 1 Billboard 200 albums. The RIAA has certified gold 11 of her singles (including two platinum) and 14 of her albums (including two platinum and four double platinum). She co-starred with John Travolta in the film adaptation of the Broadway musical, Grease, which became the highest grossing movie musical in Hollywood history. She is an avid activist for both environmental issues and breast cancer awareness. Her business interests have included launching several product lines for Koala Blue and opening the Gaia Retreat and Spa in Australia.

Olivia Newton-John was born in Cambridge, England, to a Welsh-born father, Brinley ("Bryn") Newton-John, and a German-born mother, Irene Born (eldest child of the Nobel-laureate Max Born). Newton-John is the youngest of three children, following brother Hugh, a doctor, and sister Rona, an actress once married to Grease co-star Jeff Conaway. Newton-John's father was an MI5 officer on the Enigma project at Bletchley Park and was the officer who took Rudolph Hess into custody during World War II. Newton-John's family emigrated in 1954 to Melbourne, Australia, where her father worked as a Professor of German and became the Master of Ormond College at the University of Melbourne.

At 14, Newton-John formed a short-lived all-girl band, Sol Four, with three classmates and often performed in a coffee shop owned by her brother-in-law. She soon became a regular on local Australian radio and television shows including HSV-7's The Happy Show where she performed as Lovely Livvy. She also appeared on the Go Show where she met her lifelong friends Pat Carroll and John Farrar. (Carroll and Farrar eventually married.) She entered a talent contest on the television program, Sing, Sing, Sing, hosted by 1960s Australian icon Johnny O'Keefe performing the songs "Anyone Who Had A Heart" and "Everything's Coming Up Roses." She won the contest and received a trip to England as the prize. Initially, she was reluctant to go, but her mother encouraged her to broaden her horizons.

FULL ARTICLE AT WIKIPEDIA.ORG
This article is licensed under the GNU Free Documentation License.
It uses material from the Wikipedia article "Olivia Newton John."
Back to Article
/