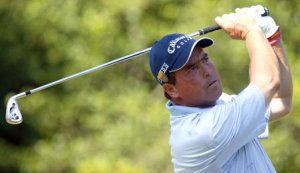 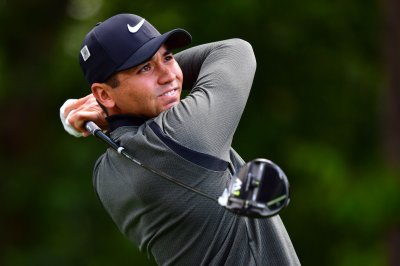 Sports News // 4 years ago
John Daly gets first Champions Tour round in the rearview mirror
THE WOODLANDS, Texas -- The PGA Tour Champions debut of two-time major champion John Daly at the Insperity Invitational was solid if not spectacular.

Olin Douglas Browne (born May 22, 1959) is an American professional golfer who plays on the PGA Tour as well as the Champions Tour.

Browne was born in Washington, D.C. He graduated from The Holderness School in 1977. He then went on to Occidental College in 1981. He turned professional in 1984. He lives in Hobe Sound, Florida. He has featured in the top 50 of the Official World Golf Rankings.

On August 8, 2007, Browne was named one of the assistant captains for the 2008 United States Ryder Cup team. His good friendship with captain Paul Azinger and a good relationship with the tour players helped cement his spot as an assistant when the 37th Cup is held at the Valhalla Golf Club in Louisville, Kentucky.

FULL ARTICLE AT WIKIPEDIA.ORG
This article is licensed under the GNU Free Documentation License.
It uses material from the Wikipedia article "Olin Browne."
Back to Article
/