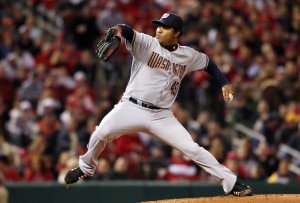 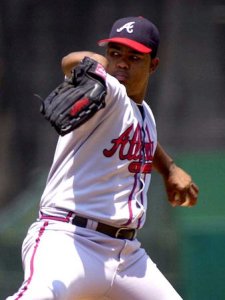 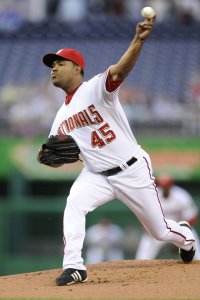 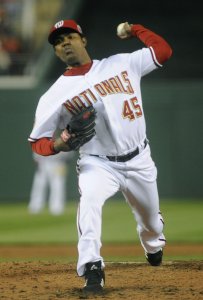 Pérez is a 1995 graduate of Damian Davis Ortiz High School in his homeland. He is currently single, but has a son, Odalis, Jr. Pérez has participated in community baseball clinics for the Dodgers and the Manny Mota International Foundation and has also visited schools in Los Angeles area as part of the Dodger Jams program.

Pérez joined the Braves in September of 1998, going 0-1. However, he won a game for the Braves in the 1998 postseason, becoming the first pitcher in MLB history to earn a playoff win without ever having won a regular season game.

FULL ARTICLE AT WIKIPEDIA.ORG
This article is licensed under the GNU Free Documentation License.
It uses material from the Wikipedia article "Odalis Perez."
Back to Article
/