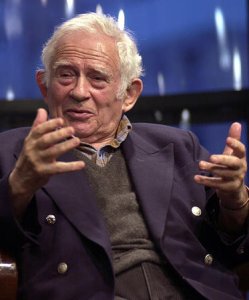 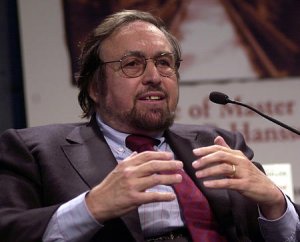 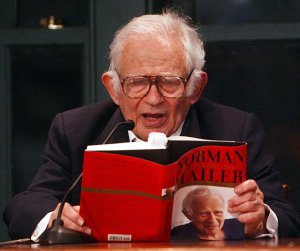 I was just looking forward to working with my son

Along with Truman Capote, Joan Didion, Hunter S. Thompson, John McPhee, and Tom Wolfe, Mailer is considered an innovator of narrative nonfiction, a genre sometimes called New Journalism, which superimposes the essay onto the nonfiction novel. He was awarded the Pulitzer Prize twice and the National Book Award once. In 1955, Mailer, together with Ed Fancher and Dan Wolf, first published The Village Voice, which began as an arts and politics oriented weekly newspaper distributed in Greenwich Village. In 2005, he won the Medal for Distinguished Contribution to American Letters from the National Book Foundation.

Norman Kingsley Mailer was born to a well-known Jewish family in Long Branch, New Jersey. His father, Isaac Barnett Mailer, was a South African-born accountant, and his mother, Fanny Schneider, ran a housekeeping and nursing agency. Mailer's sister, Barbara, was born in 1927. Raised in Brooklyn, New York, he graduated from Boys' High School and entered Harvard University in 1939, where he studied aeronautical engineering. At Harvard, he became interested in writing and published his first story at the age of 18, winning Story Magazine's college contest in 1941. As an undergraduate, he was a member of The Signet Society. After graduating in 1943, he was drafted into the U.S. Army. In World War II, he served in the Philippines with the 112th Cavalry. He was not involved in much combat and completed his service as a cook, but the experience provided enough material for The Naked and the Dead.

FULL ARTICLE AT WIKIPEDIA.ORG
This article is licensed under the GNU Free Documentation License.
It uses material from the Wikipedia article "Norman Mailer."
Back to Article
/