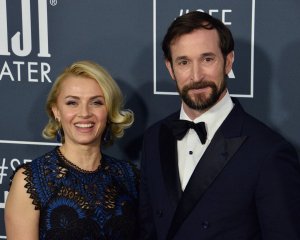 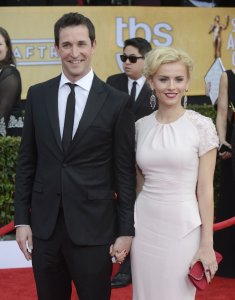 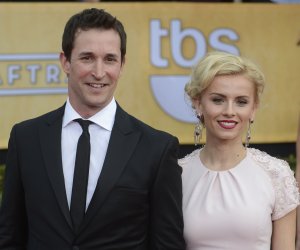 Entertainment News // 3 weeks ago
What to stream this weekend: 'Black Widow,' 'Virgin River' Season 3
"Black Widow," "Virgin River" Season 3, "The White Lotus," the 2021 ESPYS, "Leverage: Redemption," "Atypical" Season 4 and "The Patrick Star Show" are some of the entertainment options streaming this weekend.

TV // 3 months ago
'ER' cast to reunite April 22 on 'Stars in the House'
George Clooney, Noah Wyle, Julianna Margulies, Anthony Edwards and other "ER" alums will reunite on the YouTube series "Stars in the House."

TV // 2 years ago
George Clooney reflects on 'ER': 'It was life-changing'
George Clooney recalled his time on "ER" ahead of his return to television in the Hulu miniseries adaptation of "Catch-22." 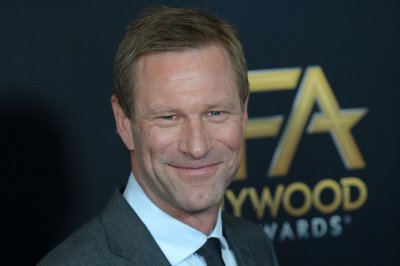 TV // 3 years ago
'Romanoffs' with Amanda Peet, Aaron Eckhart to debut Oct. 12
Amazon has released on YouTube a brief teaser announcing the full cast and debut date for its upcoming series "The Romanoffs."

It broke up the monotony of shooting on a soundstage in Burbank, but it also lent an air of authenticity to the show

It certainly wasn't shot from Carter's point of view, but what he was witnessing and responding to was an indicator of what the audience was supposed to be responding to as well

I think I've seen about every corner of this city

Noah Strausser Speer Wyle ( /ˈwaɪli/; born June 4, 1971) is an American film, television and theatre actor. He is best known for his role as Dr. John Truman Carter III in the TV drama ER. He has also played Steve Jobs in the 1999 docudrama Pirates of Silicon Valley and Flynn Carsen in The Librarian franchise. Wyle was named one of the 50 Most Beautiful People by People magazine in 2001.

Wyle, the middle one of three children, was born in Hollywood, California, the son of Marjorie (née Speer), a registered orthopedic head nurse, and Stephen Wyle, an electrical engineer and entrepreneur. His father was Jewish and his mother Episcopalian, and he was raised "fairly nondenominationally". Wyle's parents divorced in the late 1970s and his mother later married James C. Katz, a film restorationist with three children of his own from a previous marriage. Wyle's paternal grandparents, Edith and Frank Wyle, founded the Los Angeles Craft and Folk Art Museum. Edith Wyle was an expressionist painter who also created The Egg and The Eye, an innovative café and shop on Wilshire Boulevard in the Miracle Mile district of Los Angeles, which soon became the preferred hangout for artists, travelers and dreamers.

Wyle was educated at The Thacher School in Ojai, California, and graduated with the class of 1989. Wyle participated in a theater arts program at Northwestern University after his junior year of high school and appeared in high school plays and even winning an award for a play he wrote. After graduation, he studied with acting teacher Larry Moss while living in a small apartment on Hollywood Boulevard.

FULL ARTICLE AT WIKIPEDIA.ORG
This article is licensed under the GNU Free Documentation License.
It uses material from the Wikipedia article "Noah Wyle."
Back to Article
/