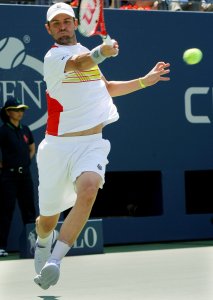 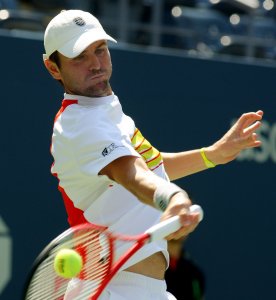 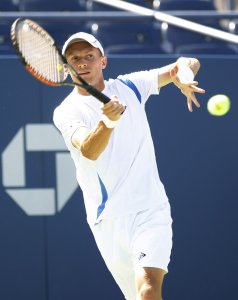 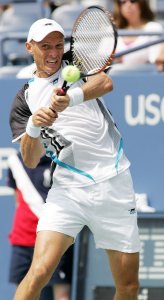 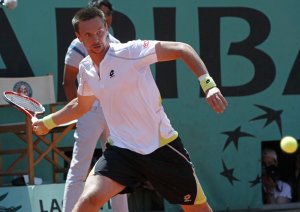 If my eye gets swollen and blue, I have to seriously consider if I can play

It seemed easy because of the result, but it is never really the case

I'm glad that this match only lasted for (1 hour, 8 minutes)

I controlled the ball well and he couldn't attack me

Nikolay Vladimirovich Davydenko (Russian: Николай Владимирович Давыденко; born June 2, 1981 in Severodonetsk, Ukrainian SSR, Soviet Union) is a Russian tennis player. Davydenko's best result in a Grand Slam tournament has been reaching the semi-finals, which he has done on four occasions – twice each at the French Open and the U.S. Open. He was runner-up at the 2008 Tennis Masters Cup and then went one better the next year winning the 2009 ATP World Tour Finals. He has also won three Masters Series shields. He is one of the players who has a winning record against Rafael Nadal.

Years later, Davydenko explained his peripatetic youth, "I stayed four years in Russia. Eduard worked as a tennis coach for kids and we practised together. He pushed me pretty hard. At 15 we left for Germany. A Russian who lived there convinced Eduard it would be better for me and help me to learn more about my game with better coaches. In Europe I could play more tournaments and earn more money than in Russia."

FULL ARTICLE AT WIKIPEDIA.ORG
This article is licensed under the GNU Free Documentation License.
It uses material from the Wikipedia article "Nikolay Davydenko."