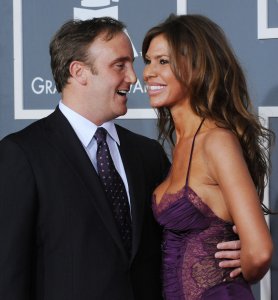 Nicole Avery "Nikki" Cox (born June 2, 1978) is an American actress known mostly for her roles on the television series Unhappily Ever After and Las Vegas.

Cox was born in Los Angeles, California, the daughter of Meredith and Terry Cox, a personal manager. She has one younger brother, Matthew Cox, who is also an actor.

Cox began her career at the age of four when she appeared as a dancer in several ballet productions and TV specials. She began acting at the age of ten, making appearances in several movies and guest starring on shows such as Baywatch, Star Trek: The Next Generation, Eerie Indiana, and Blossom. She also starred in General Hospital from 1993 to 1995 and had a recurring role on the Saturday morning program California Dreams.

FULL ARTICLE AT WIKIPEDIA.ORG
This article is licensed under the GNU Free Documentation License.
It uses material from the Wikipedia article "Nikki Cox."