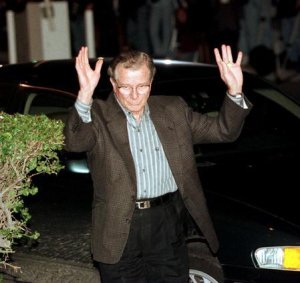 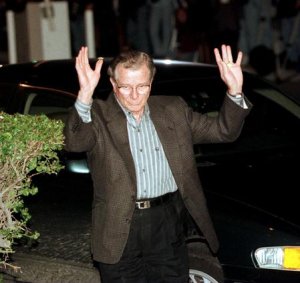 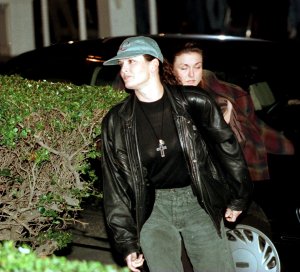 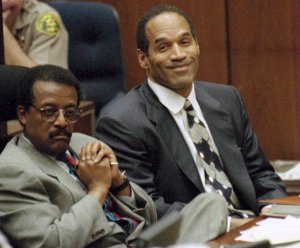 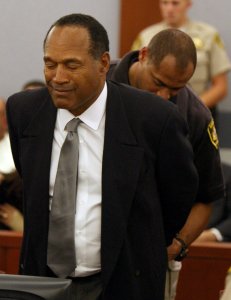 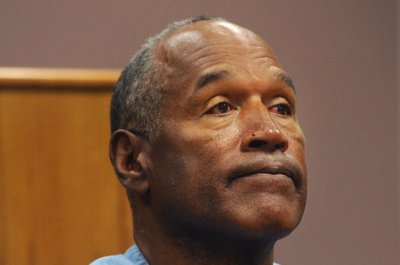 Top News // 3 years ago
On This Day: O.J. Simpson acquitted of murder charges
On Oct. 3, 1995, O.J. Simpson was acquitted of charges that he killed his former wife, Nicole Brown Simpson, and her friend, Ron Goldman.

I asked what did you get to change your testimony

The car has escapability (sic), if you ever get into some trouble

A big crowd gathered with coaches trying to keep the peace

I am sure the income is down on the foundation that she works for, which, I would imagine makes her income go down

Brown met O. J. Simpson in June 1977 while working as a waitress at a Beverly Hills nightclub, Daisy. Although he was still married to his first wife Marguerite, Simpson and Brown began dating. Simpson and Marguerite divorced in March 1980. Brown and Simpson were married on February 2, 1985, five years after his retirement from professional football. They had two children together, Sydney Brooke (born October 17, 1985) and Justin Ryan Simpson (born August 6, 1988). The marriage lasted seven years, during which Simpson pleaded no contest to spousal abuse in 1989. Brown filed for divorce in 1992 citing "irreconcilable differences".

In his hypothetical memoir If I Did It, Simpson describes Brown as having a dual personality-- one caring and another reflexively hostile. Simpson depicts Brown as often emotionally abusive and states that Brown would continuously argue with him, often over irrelevant and pointless things. Simpson also describes Brown as a habitual user of illegal drugs. Book ghostwriter/co-writer Pablo Fenjves later described Simpson's views as self-delusion.

FULL ARTICLE AT WIKIPEDIA.ORG
This article is licensed under the GNU Free Documentation License.
It uses material from the Wikipedia article "Nicole Brown Simpson."
Back to Article
/