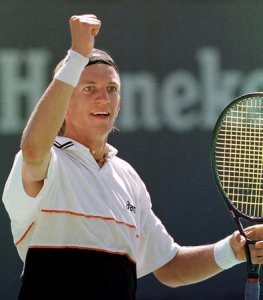 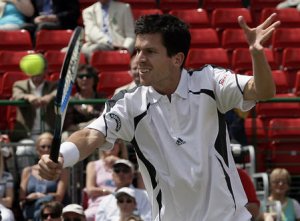 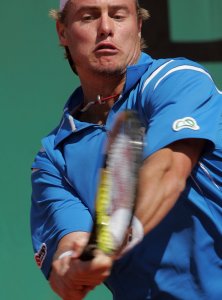 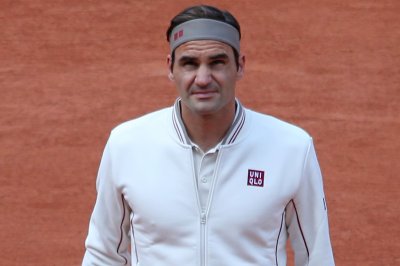 Sports News // 1 year ago
French Open: Roger Federer advances to round of 16
Roger Federer won in straight sets to advance to the fourth round of the French Open on Friday in Paris.

Tennis // 2 years ago
U.S. Open roundup: Federer and Djokovic advance, Wozniacki upset
Roger Federer and Novak Djokovic both won their second round matches Thursday at the U.S. Open in New York, and could be on a path to challenge each other.

Tennis // 3 years ago
Struggling No. 1 Andy Murray ousted in Rome by Fabio Fognini
Andy Murray suffered another setback, losing to Fabio Fognini of Italy 6-2, 6-4 in his opening match of the Internazionali BNL d'Italia in Rome. 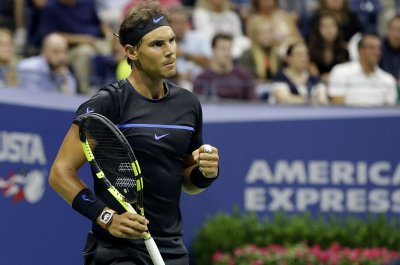 Nicolas Pierre Armand Mahut (French pronunciation: ) (born January 21, 1982 in Angers, Maine-et-Loire) is a French tennis player. Mahut is right-handed and has previously won the Orange Bowl in 1999, becoming professional in 2000. He is a good serve and volleyer and a doubles expert, having won many tournaments with his doubles partner Julien Benneteau. His career high was #40, achieved on February 18, 2008.

Mahut was runner-up to Andy Roddick at the 2007 Queen's Club Championships, having held a championship point in the second set tiebreak. Mahut defeated both fifth-seed Ivan Ljubičić and top-seed Rafael Nadal in straight sets, as well as compatriot and future doubles partner Arnaud Clément, to reach the final.

Mahut holds a number of tennis records and awards for his performance in the longest match in professional tennis history against John Isner in the first round of the 2010 Wimbledon Championships, where he also broke the record of most points won in a single match (502); and, most games won by a losing player (91).

FULL ARTICLE AT WIKIPEDIA.ORG
This article is licensed under the GNU Free Documentation License.
It uses material from the Wikipedia article "Nicolas Mahut."
Back to Article
/