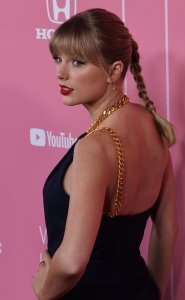 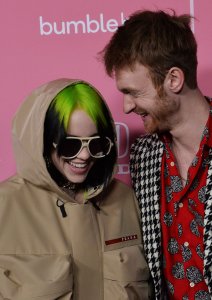 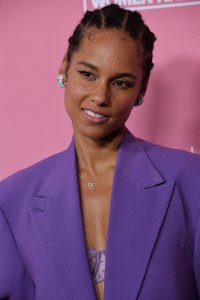 Entertainment News // 5 months ago
Michael B. Jordan apologizes, will rename rum brand
"Black Panther" actor Michael B. Jordan will change the name of his rum brand J'Ouvert after accusations of cultural appropriation.

Music // 5 months ago
Jessie J dances at bar in 'I Want Love' music video
Jessie J released a video for "I Want Love," the lead single from her forthcoming fifth album.

Music // 6 months ago
J. Cole's 'Off-Season' tops U.S. album chart
Rapper, singer and songwriter J. Cole's "The Off-Season" is the No. 1 album in the United States.

Onika Tanya Maraj, better known by her stage name Nicki Minaj (pronounced ), is a Trinidadian hip hop and R&B recording artist and songwriter. She first saw fame when she signed a record deal with Young Money Entertainment and then later Cash Money Records. She has successfully released her first debut album, which charted at number-one on the Billboard 200 albums chart.

In August 2009, Minaj signed to Young Money Entertainment with distribution from Universal Motown. In Minaj's early career, she released three mixtapes, Playtime Is Over, Sucka Free, and Beam Me Up Scotty. Minaj was discovered by fellow American rapper Lil Wayne and, after the three mixtapes, Minaj signed a deal with Young Money Entertainment. After signing the deal, Minaj began working on her debut album, titled Pink Friday, which charted at number-two on the US Billboard 200, kept off the top spot by Kanye West's My Beautiful Dark Twisted Fantasy. Minaj became the first artist ever to have seven songs within the Billboard Hot 100 at the same time. Her second single, "Your Love", reached number-one on the Billboard Hot Rap Songs chart, making Minaj the first female artist to top the chart unaccompanied since 2002. Minaj became the first female artist to be included on MTV's Annual Hottest MC List One month after the release of Pink Friday, Minaj's album gained a Platinum certification in the United States. Minaj is known for collaborating with numerous artists and guest raps on many popular singles.

Minaj was born in 1984 in Saint James, (a suburb of Trinidad and Tobago's capital city Port of Spain). She celebrated her 26th birthday (December 8, 2010) on December 9, 2010. Her parents were of Indian and Afro-Trinidadian ancestry and she lived in Saint James, Trinidad and Tobago with her grandmother until age five, because her parents were looking for a place to live in the Queens borough of New York City at the time. Her mother would occasionally visit, and one day, when Minaj was five, her mother picked her up to move to Queens. According to Minaj, her father drank alcohol, took drugs, and once tried to kill her mother by setting the house on fire.

FULL ARTICLE AT WIKIPEDIA.ORG
This article is licensed under the GNU Free Documentation License.
It uses material from the Wikipedia article "Nicki Minaj."